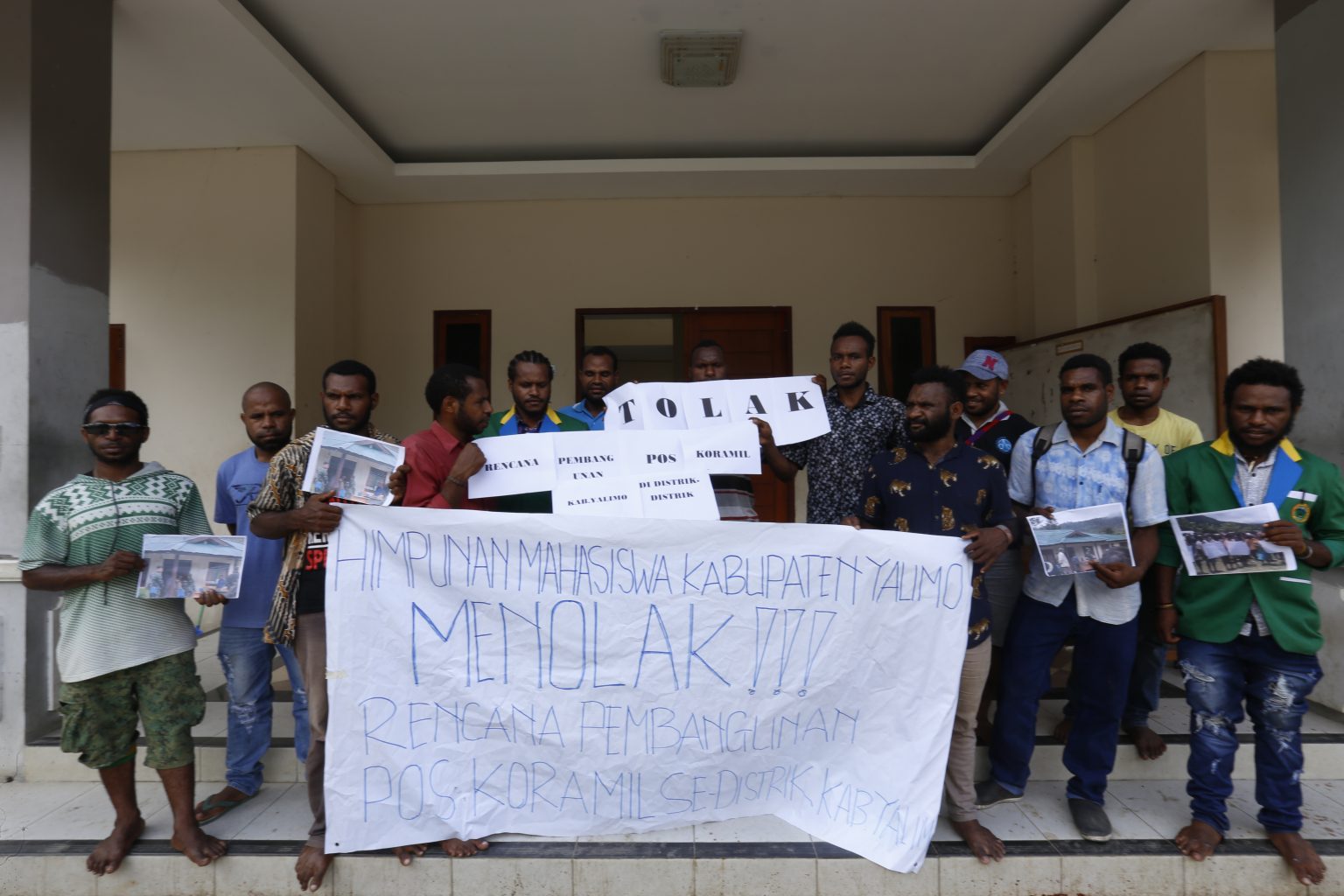 Concerning the plan, HMKY Chairman John West Wandik says Yalimo residents always respect the importance of family, harmonious, religious and cultural virtues. In regards to this plan, he is worried that it might create a conflict between civilians and the military.

“We can see that in many regional towns in Papuan mountainous area as well as other regions in Papua where military and police come to maintain security and stability, even build their military command posts, there are conflicts between military and civilians. So, it’s enough. Let it occur in other regions, not in Yalimo. Here, we do not need any support from the military. But they can build a post in the capital of Yalimo Regency, Elelim,” said Wandik in the press conference held in Jayapura on Wednesday (26/2/2020).

If it was the local government who asked for the military to build their posts in every Yalimo’s subdistricts, it means the government wants to create new conflict, he says.

“Referring to the incidents of the past few years, when the military through the program of the military-goes-to village came to

Apahapsili in 2002 while we were in elementary school, we have seen that the people’s life never been changed better,” he said.

Meanwhile, a local figure Mothis Yohame said people also decline the military posts proposal in five subdistricts because it regards to raise a new conflict. So far, he observes that many disputes occurred due to the military’s presence in the community.

“We have never faced any security issue in Yalimo from the past until today. Everything runs very well. Therefore, we firmly refuse the military posts to build,” said Yohame.

Meanwhile, the military spokesperson deputy Lieutenant Colonel Dax Sianture when confirmed by Jubi says he does not know about the plan and will check it with the local authority for verification.

“Okay, I need to check this information first to find out whether we have plan to build new post or not. So, I cannot give any comments now,” he says. (*)