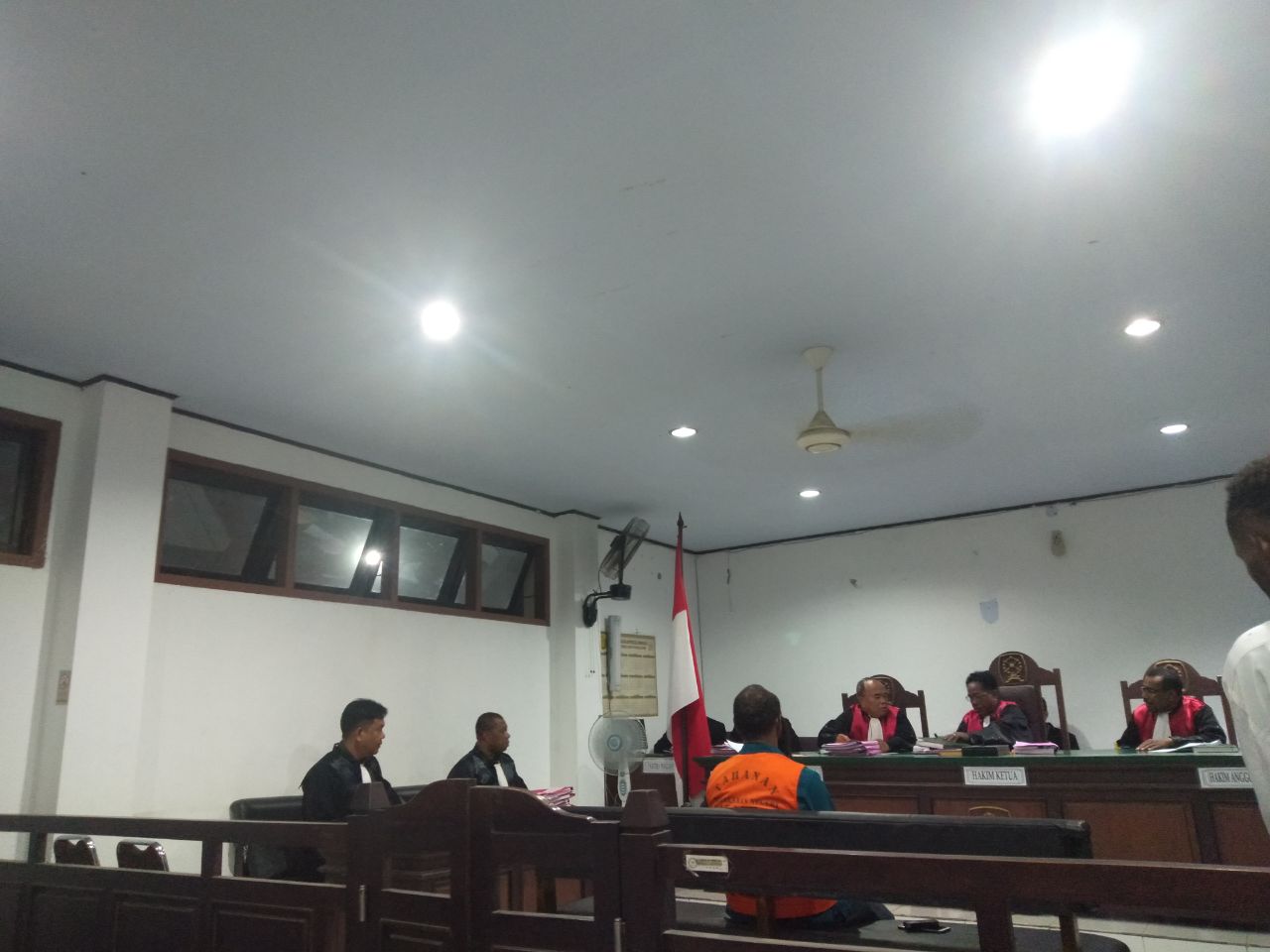 The two witnesses were doing their shift at the hotel when a mob passed throwing stones to the hotel. However, a witness, with initial A, stated he could not determine who the perpetrators are.

The witness further said he had checked the CCTV recording. “To be more certain, the operator of CCTV showed the recording, but it couldn’t tell us about the perpetrators,” he said to the panel of judges chaired by Maria Sitanggang.

Moreover, witness A said so many people involved in the incident of stone-throwing. Therefore he could not recognise the perpetrator. “Of the two defendants, we did not see them in CCTV, because many people passed the street at that time,” he said.

In the meantime, the public prosecutor said he would present another witness for the next hearing on Wednesday. He also mentioned that several witnesses refused to come in the trial today because they were afraid and still trauma.

“Victims did not come to witness because of fear. But they have given information to the police which already recorded in the police investigation report. We would try to present other witnesses in the next hearing on Wednesday,” he said.

Another trial against Dorothy Kawena also held on Monday to examine witnesses. The hearing would continue on Wednesday to question the offender. At the same day, the witnesses hearing would also resume in the case against the defendant Ferius Entamon.

For a meantime, the trial against the defendant Pandra Wenda was suspended until Wednesday this week because the public prosecutor was not able to present a witness. Concerning this issue, the judges demanded the state prosecutor to be more cautious in arranging witnesses in the trial. Judges also ordered the prosecutor to present three witnesses in the case against Ronal Wandik, Mikha Asso, Persiapan Kogoya, Jhonny Weya. Meanwhile, the hearing against the defendant Yusuf Marthen Bonay would start to examine on Wednesday next week. (*)