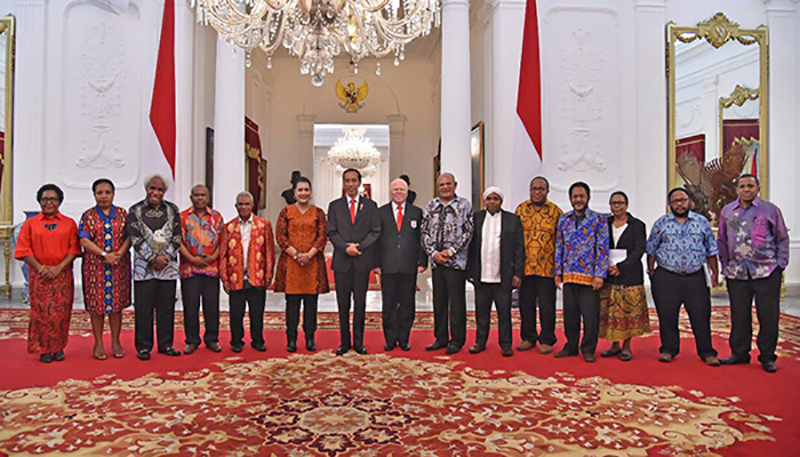 Jayapura, Jubi – Theo Hesegem, Papuan human rights activist declared his withdrawal from involvement in Papua Peace Network (JDP). During this time Hesegem is a facilitator in the network that is coordinated by Father Neles Tebay.

Hesegem delivered his resignation after the JDP discussed sectoral dialogue in Jayapura last week. According to him, the five agenda of sectoral dialogue offered by President Joko Widodo (Jokowi), namely education, health, community economy, infrastructure and governance are just some ‘old songs’ to be played back by the central government, to impose on the Papuan indigenous (OAP).

The topics of dialogue are also unilaterally decided by the central government without any involvement of Papuan actors.

“Deciding the agenda of sectoral dialogue without involvement of Papuan is a process of fraud and coercion from the government against OAP to follow the will of government,” explained Hesegem.

The five agendas according to him will not end the violence in the Land of Papua. Surprisingly, he added, there is no agenda of the security sector and the human rights sector that the central government offers.

According to him, the agenda of sectoral dialogue or dialogue in whatever form should be determined by both parties in conflicted, not determined by one party only.

He also questioned the meeting of several OAPs in mid-August with Jokowi. He questioned from whom the 15 people got mandate to meet president.

“They are not official delegates representing OAP. They are invited privately and only through SMS (short message). There was no official agenda to be discussed in Jakarta. It’s a fraudulent process. Departed to Jakarta while the agenda of sectoral dialogue has been determined by Jakarta,” continued Hesegem.

The 15 people according to him, should have explained to Papuan people their position and role at the time.

“If they were invited personally, not in their portion to set agenda of five sectoral dialogue,” Hesegem continued.

Regarding his resignation, in addition to the above reasons, Hesegem also problematized Wiranto’s involvement in settling cases of human rights violations in Papua became another reason. “Wiranto until now has not been able to solve the cases that had promised the government during Luhut Panjaitan served Menkopolhukam. Like the case of student shootings in Paniai that occurred in December 2014,” he said.

Father Neles Tebay, JDP Coordinator to tabloidjubi.com recently said in a meeting of several OAPs with the President last August, the President welcomed the idea of ​​sectoral dialogue to accelerate progress and development in the land of Papua.

Children in Nduga threated not have access to the Polio vaccine

I Know Nothing About The Hostages : Jeffry Pagawak