When Sago Forests Make Way for Buildings, Where to Go for Justice? 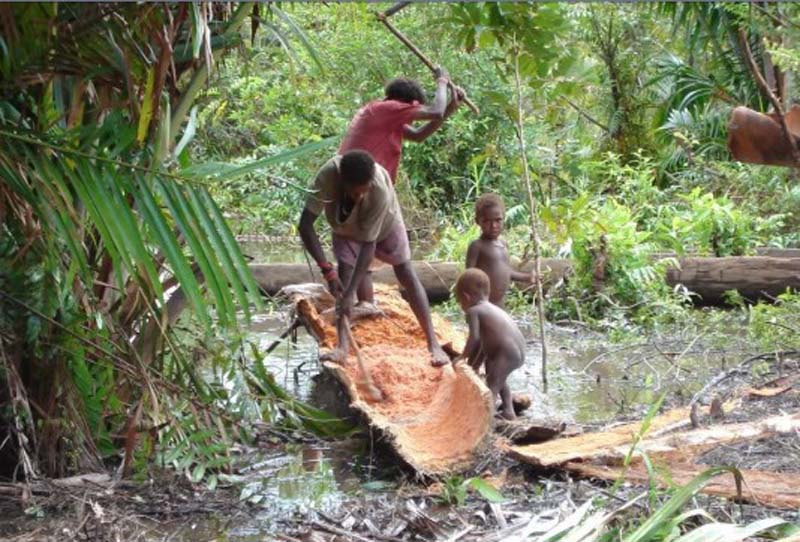 Jayapura, Jubi – Chairman of the Commission I of the Papua Legislative Council for Government, Politic, Legal, Human Rights and Territorial Affairs, Elvis Tabuni, said both customary people and tenure landowners are increasingly being squeezed. They don’t know where to go for justice.

He said their land that once was sago forest has been converted into buildings, while many among the landowners have not obtained their rights. He said in Jayapura City and surrounding area, land disputes are rarely settled, despite efforts by customary landowners take the legal option.

“To whom they supposed to go for justice, whereas the land is the foundation of their life?” he asked.

“People never asked for the government to be existed among them. They never gave their tenure rights to anyone. Jayapura Municipality was once the sago forest, the planting area, but now it stands for buildings, shops, hotels and other constructions. The indigenous sago landowners are currently living at the edge,” said Elvis Tabuni on Wednesday (24/8/2016).

“Attended in the hearing are including the representatives of Papua Provincial Land Office and Civil Service Police Unit and the customary leaders (ondoafi – local language) of tribes in Jayapura Municipality, namely Kayu Pulau, Engros, Tobati and Ormu. Many related tenure rights aspirations from regencies submitted to the Commission I,” he said.

The Commission I of the Papua Legislative Council further planned to form a Special Committee to tackle the tenure land issue. However, it needs to hear some feedbacks and aspirations from relevant stakeholders before the committee is formed.

Meanwhile, the Commission I member, Januarius Douw said the Commission I invited the government agencies following the people’s complaints on land issue in Jayapura Municipality. “We had people’s aspirations about their tenure rights occupied by others without the process of settlement. And now they demand it. Land is the source of life and prosperity,” he said.

According to him, although the Commission I is not authorized to make decision, but it attempted to find solution over the aspirations of the customary people. “It is how we come with related stakeholders to find a solution and create an agreement that acceptable to the parties who’s in dispute, either the government or people,” he added. (*/rom)

Malnourished Children are Around Us