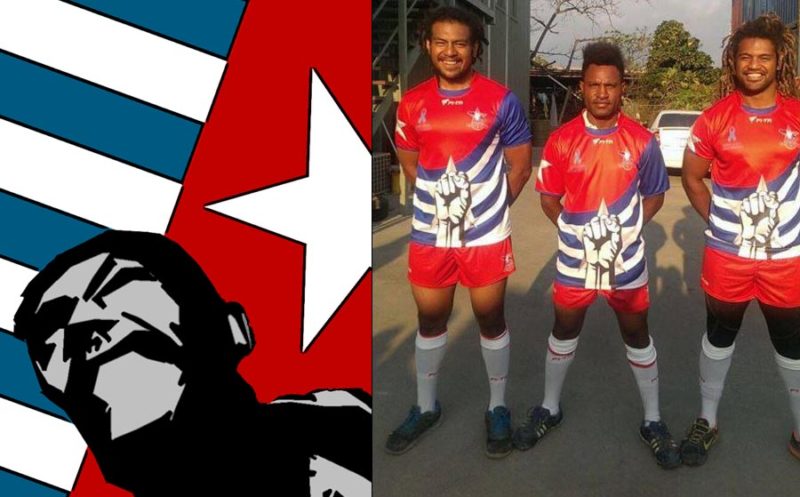 Jayapura, Jubi/ABC – The rugby league team set up in PNG to promote the West Papuan Freedom Movement, the West Papua Warriors, are going international with a match lined up against the Philippines Tamaraws in the New Year.

The game will be played in Brisbane on January 16th and organisers say it will mark the first time that West Papua is represented on the international sporting stage.

The contest has been officially sanctioned by the Rugby League International Federation, and Warriors’ captain Tala Kami says that was a massive surprise for the team.

The West Papua Warriors made up of local players and two with a direct connection to West Papua, the team have set out to promote the West Papuan Freedom Movement through sport.

Wearing shirts bearing the Morning Star, they’ve already featured in a Rugby League 9s tournament in Port Moresby, but an invitation to participate in a Rugby 7s competition was rescinded, apparently for political reasons.

The Warriors’ manager is Tala Kami, who also plays for Port Moresby Vipers in the Digicel Cup, and he says the new team’s message has struck a chord. (*)

Hear it on Pacific Beat

Dozens of ojeg driver in Enarotali participate in VCT tests

Yuliana Wouw, a confident model with a diffability