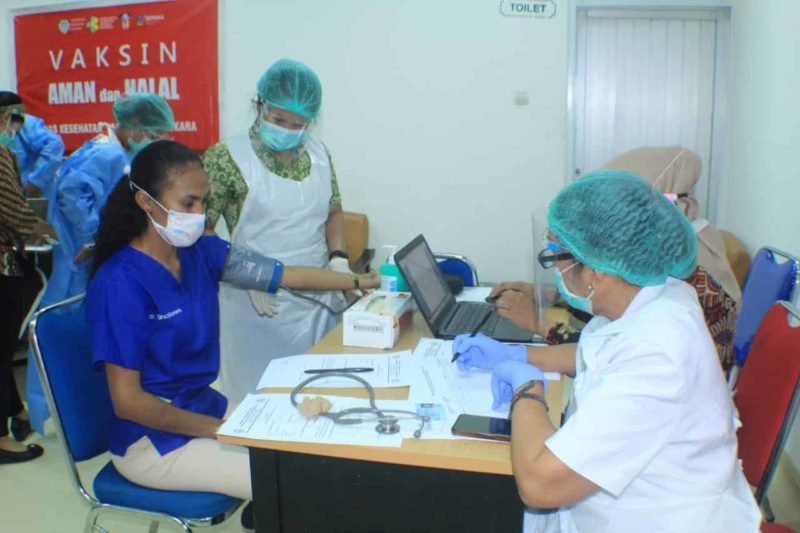 Jayapura, Jubi – Vaccination in Papua Land, or internationally known as West Papua, has faced obstacles caused mainly by the lack of human resources and health facilities, an official said on March 4, 2021.

The head of Papua Covid-19 Task Force, William Manderi, said some areas in the province had yet to hold the vaccination drive.

The province, as of late January 2021, had received 42,000 doses of vaccines, which had been distributed to all 28 regencies and to the provincial capital, Jayapura municipality. Papua’s chapter of Statistics Indonesia (BPS) showed that as of 2020 the province had 3.43 million people.

The neighboring province, West Papua, had received about 8,500 doses of Covid-19 vaccines as of late January. The province has 12 regencies and one municipality and 1.13 million people as of 2020 according to the West Papua chapter of BPS.

Both provinces are actually among those that had the highest vaccine acceptance according to a 2020 survey by World Health Organization and Unicef.

However, the easternmost provinces also had limited health facilities and human resources, not to mention digital infrastructure.

Manderi said the problems in gathering vaccines recipients data, which mostly done digitally, had also been another obstacle.

Papua Health Agency showed that as of March 1, 2021, all the regencies in Papua had held a vaccination drive. Lanny Jaya Regency was the last to hold one.

The head of disease prevention and control at Papua Health Agency, Aaron Rumainum, who was the first person in the province who got the vaccine shot, said other problems included the low budget and the low commitment from the regional leaders to make the Covid-19 vaccination drive a success.

On March 3, 2021, Lanny Jaya Regent Befa Yigibalom said 500 people had been registered to receive the shots while the regency only got 440 doses. “We have registered 500 people so there is a high possibility that the doses we received would be gone soon, so I have ordered some more,” Yigibalom said as quoted by Antara news agency.

Tolikara Health Agency head, Alsen Genongga, said 383 medical workers from Tolikara had participated in the Covid-19 vaccination workshop in Wamena in February to learn how to administer the shots. The medical workers would become the resources to give the rest of the population the vaccine shots.

Genongga said in a release made available on March 4 that they had received 400 doses.

He said the first phase would serve medical workers, scheduled to be completed by the fourth week of March. The second phase would be for the Indonesia Military, the National Police personnel, the civil servants, traders, transportation workers like motorcycle taxis (ojek) drivers and others drivers. The third would be for the rest of the population in Tolikara.

Thirty new cases of COVID-19 in Papua by 9 June, city hospitals are overwhelmed