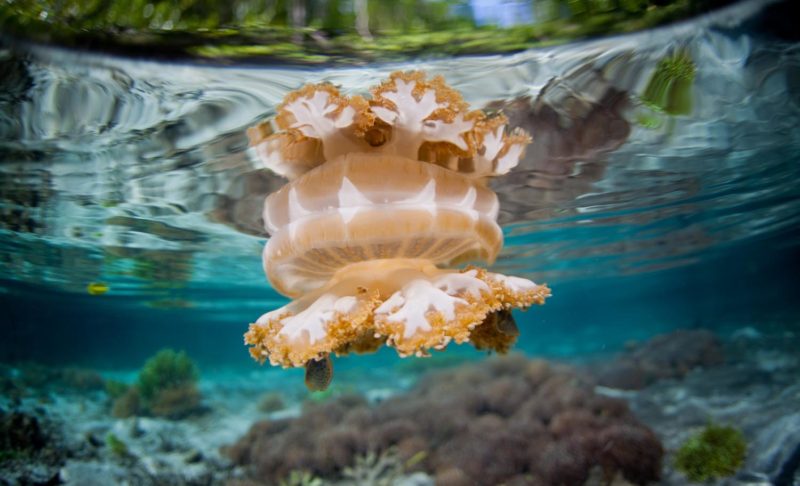 West Papua is a rich mix of reefs and rainforest - some of the most beautiful environments on the planet - thecoraltriangle.com/Diana Himmelspach

West Papua is a rich mix of reefs and rainforest – some of the most beautiful environments on the planet – thecoraltriangle.com/Diana Himmelspach

The Indonesian province of West Papua has just been declared a Conservation Province, a first for both Indonesia and the rest of the world. The new designation is important both symbolically and in ensuring the future health of the province’s astonishing ecosystems. Besides its rainforests, West Papua is the world’s epicentre of marine biodiversity, boasting more species than anywhere else on the planet.

As forest fires rage in Sumatra in the midst of the worst El Nino weather event on record, this example of local government taking action in partnership with local communities and international NGOs shows that real, inclusive action is possible and that it can reach the legislative level.

The declaration was signed on Monday by West Papua governor Abraham Ataruri in Manokwari, the provincial capital, with Indonesia’s minister for Home Affairs, Tjahjo Kumolo in attendance. “This declaration will help us maintain and manage our natural resources wisely and continuously so that future generations can enjoy them,” said Ataruro. The new bylaw designating West Papua a Conservation Province falls under the jurisdiction of Indonesia’s Ministry for Forestry & the Environment.

Supported by Conservation International (CI), Worldwide Fund for Nature (WWF) and The Nature Conservancy (TNC), the local government in West Papua has set up a working group representing a range of civil and political bodies to ensure that the new legislation translates into meaningful action on the ground. They are now drawing up regional bills known as Ranperdasus.

The new designation has taken two years to enshrine in law and comes at a time when West Papua is experiencing a major surge in development. The province has huge resource wealth and is home to the Grasberg Mine, the world’s biggest gold and copper mine. Nickel mining has taken place on islands close to important coral reefs. Yet West Papua is also Indonesia’s least developed province and there are serious questions around the status and treatment of its indigenous population.

As Conservation International has stated in its strategic recommendations, which have fed into the new bylaw, there is a need to ensure the wellbeing of the Papuan people and to protect their customary rights over natural resources. This is as much a conservation priority as establishing an extensive network of Marine Protected Areas (MPAs) and curbing deforestation. Indeed the two are connected, since it is indigenous Papuans that hold ancestral tenure over both reefs and rainforests.

“West Papua should be developed in a way that benefits the people,” said Interior Minister Tjahjo Kumolo, who attended the signing of the declaration. “But West Papua must not lose its identity, its customs and traditions. The beauty of the environment must be maintained and preserved,” he added. (Johnny Langenheim )

US Allocates Rp 500 Billion For Marine Conservation in Indonesia

The elected president urged paying attention to the environmental issue