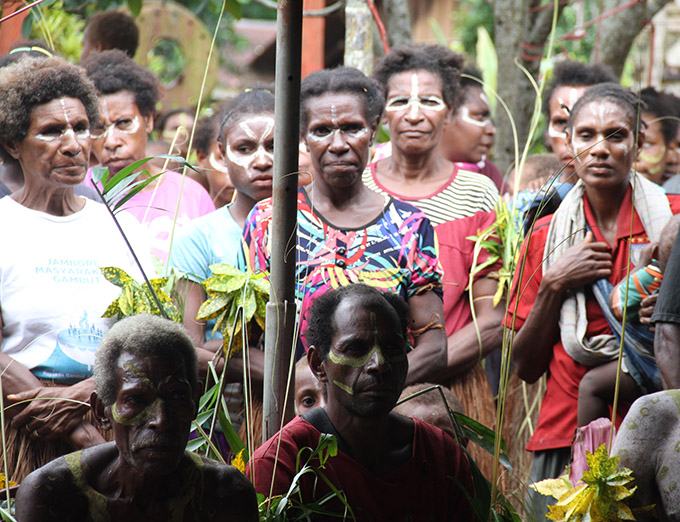 Papua, Jubi – A special mission from the World Council of Churches has criticised the ongoing human rights violations by Indonesian security forces in the West Papua region after its five-day visit to Indonesia last week and has called for “more openness” by the authorities.

It is also said Papuan people seemed to be “systemically marginalised” and urged more dialogue without conditions.

The ecumenical delegation coordinated by the WCC visited Indonesia on February 15-22, including the provinces of Papua and Papua Barat (West Papua) – where increasing violence and discrimination against indigenous Papuan people was recently highlighted in a joint statement by five UN human rights mandate-holders.

The purpose of the delegation’s visit was to express solidarity and encourage member churches and related organisations in their efforts for justice and peace in Indonesia.

While in Papua and Papua Barat, the delegation members met local church leaders, victims of human rights violations and conflict, traditional leaders, the governors of both provinces and other local government representatives, and Indonesian military and police officials in Jayapura, Manokwari, Merauke and Wamena.

“Access to the Papua region has been severely restricted in the past,” said WCC director for international affairs Peter Prove.

“We greatly appreciate the fact that Indonesian authorities enabled our delegation’s visit to take place, and we hope that this will be the beginning of more openness and increased access for others to the territory and its people.”

However, members of the delegation were alarmed to hear from almost all the Papuans they met of the severity of the problems they continue to face.

Dr Jochen Motte, deputy general secretary of United Evangelical Mission, said: “As somebody who had the opportunity to be part of the WCC team visit in 1999, it was sad to realise that the issues mentioned in the report at that time today are almost the same and that the Special Autonomy Status … could not meet the expectations of the Papuan people and bring an end to discrimination and human rights violations.”

The Special Autonomy Law was enacted in 2001 as a basis for Papuans to play a role in determining their own political, social, cultural and economic development within the Republic of Indonesia.

But almost all Papuans the delegation members encountered – including local government officials – considered Special Autonomy a failure, and that its most important elements had not been implemented.

The delegation was concerned to learn that due to migration and demographic shifts, indigenous Papuans now form a minority in their own land.

Landgrabbing, environmental degradation and accelerating destruction of the forest and river resources upon which Papuans’ livelihoods traditionally depended were frequent complaints heard by the delegation.

According to Papuan counterparts the prevailing development model in the territory “is for others, not for us”.

Dr Emily Welty, vice-moderator of the WCC Commission of the Churches on International Affairs, said: “Papuan people seem to be systemically marginalised and excluded in all areas of life.”

In Wamena and Jayapura, delegation members met internally-displaced people who had fled from conflict and Indonesian military and police operations in the Nduga region following an incident on 2 December 2018 in which 21 road construction workers were reported killed by an armed group.

The total number of IDPs is unknown, but many are thought to be still taking refuge in the forest without support.

Bishop Abednego Keshomshahara of the Evangelical Lutheran Church in Tanzania said: “It was painful to see so many child victims of this violence who fear to return home because of the presence of military and police who should be the ones protecting them in their villages and schools.”

During the visit to Papua the delegation received a joint appeal from the leaders of four churches in Papua – the GKI-TP, the KINGMI Church in Tanah Papua, the Evangelical Church in Tanah Papua (GIDI), and the Fellowship of Baptist Churches of Papua – calling for international ecumenical support for a comprehensive political dialogue for the resolution of the situation in Papua.

Rev. James Bhagwan, general secretary of the Pacific Conference of Churches, said: “It is clear that dialogue without preconditions is the only path forward in such a situation as we encountered in Papua.”

Organised as part of the WCC’s “Pilgrimage of Justice and Peace”, the visit focused on issues concerning religious freedom and inter-religious harmony in Indonesia, and the human rights situation in Papua. (Asian Pasific Report)