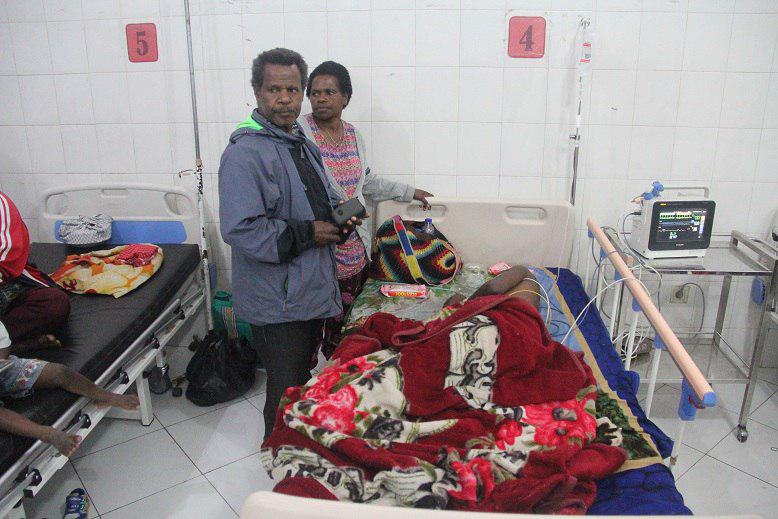 As a result the victim named Albert Nawipa (15) had to be treated at Emergency Installation (IGD) RSUD Wamena.

Yance Tenoye from Jayawijaya Institute for Law and Human Rights Studies and Advocacy said that Albert was beaten by police officers who served in Pasar Potikelek. After got beaten the victim was also told to clean up the post in the market.

“When the family saw and took the child out of the post, saying that the police post was not his place of work and took him out, he was brought home. Arriving at home, the family saw the bleeding from victim’s nose and finally took him to Wamena hospitals,” he said.

Tenoye regretted the actions of police officers, especially because the victim is under age. He and the families of victims did not understand what cause of the child persecution.

“I have not been able to give response, since Friday I am preparing for the visit of Kapolda to Wamena,” said Kapolres.

Separately, Chairman of Advocacy Network of Law and Human Rights of the Middle Mountains, Theo Hesegem asserted that the police was not professional. Moreover, the victims of abuse are minors and persecuted in Pasar Potikelek.

According to him, the officer/police post should be a place to serve and protect the community. (*)