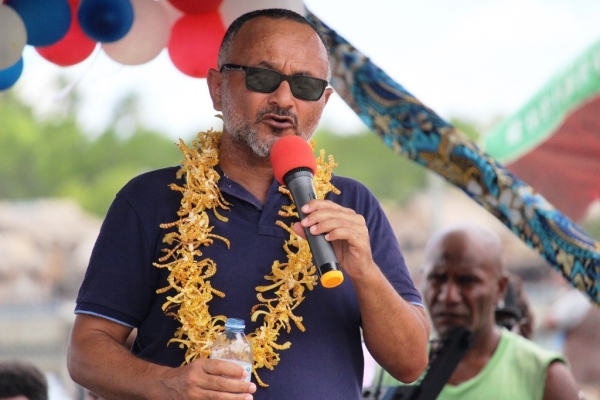 Mr. Wale calls on the Prime Minister to join the government of Vanuatu in championing the push at the regional level for the Pacific Island Forum to take a stronger stand on the issue against Indonesia.

Papua, Jubi – The Leader of the Official Opposition Mathew Wale has called on the Prime Minister to join the Government of Vanuatu in pushing for the review of the earlier resolution made by the Pacific Forum on the West Papua issue.

This call followed the leaders concluding remarks in Parliament on Friday during the wind down debate on the Speech from the Throne and the motion moved by the Prime Minister for a special adjournment to allow for the Prime Minister to attend the upcoming Pacific Islands Forum meeting in Tuvalu next week.

Mr. Wale calls on the Prime Minister to join the government of Vanuatu in championing the push at the regional level for the Pacific Island Forum to take a stronger stand on the issue against Indonesia.

This matter was voiced by the Foreign Affairs Minister for Vanuatu, who noted that human rights abuse in West Papua is once again escalating hence he is going to push to ensure that the existing resolution passed earlier by the Pacific Islands Forum is strengthened.

“Just like Vanuatu, the struggles of the people of West Papua is one quite close to our hearts as Melanesians hence Solomon Islands cannot turn a blind eye to cries on human rights violation and their struggles for self-determination.

“There will be intense lobbying and promises of benefits around the fringes of the upcoming Forum meeting by Indonesia but the Prime Minister must know that what is really at stake is the cry of West Papuans to be given the right to rule themselves and the excessive use of force to suppress their cries,” the Opposition Leader stressed.

Wale adds that the Pacific Island Forum had officially resolved that it will seek constructive engagement with Indonesia over West Papua but that wording may need to be stronger now that there has been a surge in conflict there, and PM Sogavare can help Vanuatu by putting more emphasis on this at the meeting.

“This is one matter that the Prime Minister must look beyond the usual politicking and do the most decent thing that he should do,” the Opposition Leader points out.

He further added that Solomon Islands and others could play a part in putting pressure on Indonesia to allow transparent investigations into alleged human rights abuses in West Papua through the Pacific Islands Forum.

Solomon Islands is known for its strong advocacy on this issue in past governments under the leadership of current Prime Minister, both on regional and international levels, and the Opposition is hoping to see that energy reignited. (*)