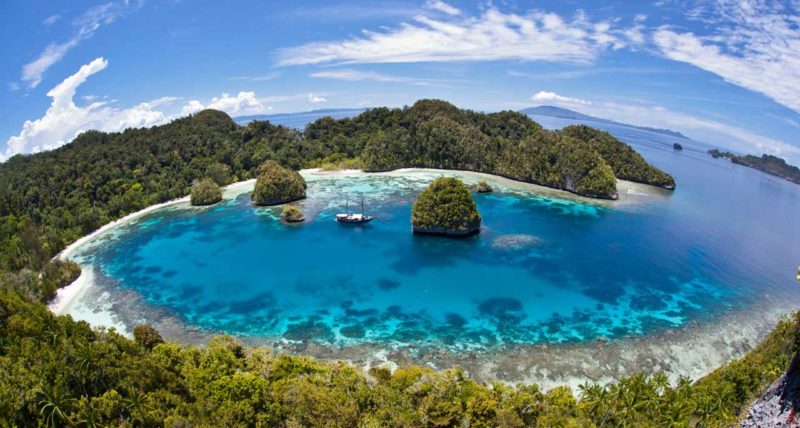 A native as well as Papua Barat councilor of Special Autonomy Fraction, Abraham Goram-Gaman said on Tuesday (16/2/2016) that the road construction in Waigeo Island, Raja Ampat Regency would give a huge impact for the marine conservation in Raja Ampat.

“Raja Ampat customary community are not requiring the road but access to the clean water, electricity and housing,” he said.

In addition, there are many cultural sites to be valued and respected, therefore the contractor and government must coordinate with the landowners before continuing the development. The location of JLW construction is also the house of many endemic wildernesses, including Maleo bird. “The habitat would be disturbed with the presence of JLW development project. So we must determine the allowed area and districted area for road construction to protect and preserve the habitat of maleo birds,” he said.

“Raja Ampat Sea today is sustainable, but if the process of construction on the land was conducted without feasible assessment, the famous Raja Ampat with its fishery resources potency would not be sustained, instead it would be threated by the land construction because it is in one package,” said Metansan.

“If the road access is opened, it would definitely vomit the muds to the sea during the raining season, which form sedimentation at the coastal areas to many kilometers and should be threated the Raja Ampat Sea that we proud of,” she said.

Mentasan reminded the environmental damage has been occurred at Warnawai, Puper and Yembebekaki villages due to nickel mining exploration outside of those areas. “Knee-deep marine sedimentation is about 1 kilometer long resulted the death of coral reefs around the villages,” he said. (Niko MB/rom)