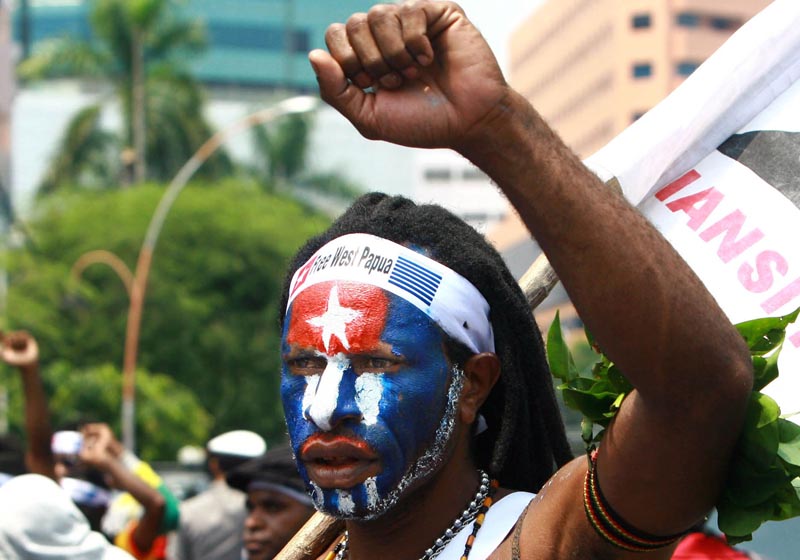 Jayapura, Jubi – Violence and arrests targeting activists and those accused of being members of the Free Papua Movement (OPM) have failed to extinguish the issue of separatism, a councilor said.

A member of Commission I of Papua Legislative Council for Politic, Government, Law and Human Right Affairs, Laurenzus Kadepa, said the government should adopt a humane approach instead of militarism towards the people of Papua.

He said in order to restore the people’s trust; the government must dare admit mistakes in Papua in the past, because it has become a worldwide issue.
“The arrests and shootings against the activists or those accused of being OPM members have strengthened the movement for a free Papua. I speak from the humane side, not representing those who support Indonesia or a free Papua. Too many lives have been taken due to conflicts of interests,” Kadepa told Jubi by phone on Wednesday (23/9/2015).

In addition, he said, the regional authorities and Military/Police leaders should act as Statesmen. They must prioritize the public interest than personal or group interest. Do not let personal interest give a negative impact on the country.
“For example, logging business and so on. It’s not possible if there are culprits involved or standing behind the logging businessmen. This is an example of personal interest, but affecting the country,” he said.

In the last mid-September, Papua legislator who also the Chairman of Coordination Forum of Indonesian Retired Military Personnel Youngsters, Yan Ayomi, said currently it is no need to talk about Free Papua. The people of Papua must think about how to attach the attention of Central Government to improve Papua through Special Autonomy funds. “Papuans must have a dream that one day they could lead this country. Now forget the thought of being ‘independence’,” Ayomi said at that time. (Arjuna Pademme/rom)