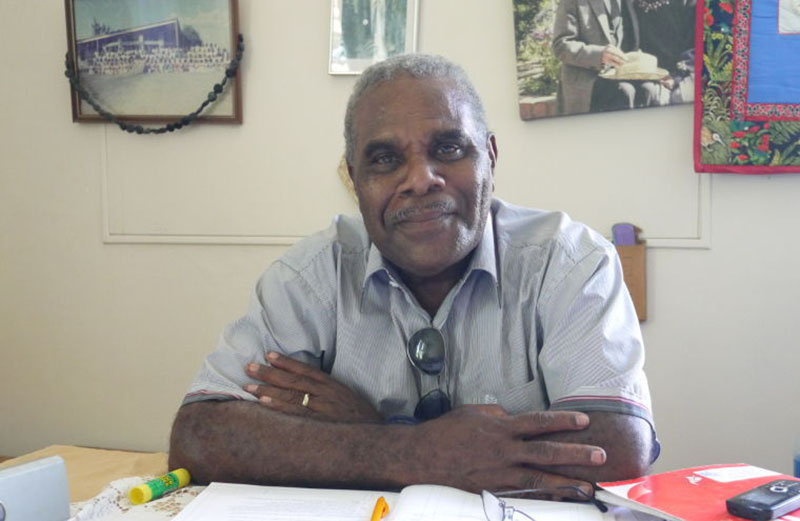 Pastor Navuki says in fact his association’s position is not only to ensure West Papua’s full membership but also to see Indonesia don’t get full membership.

The Vanuatu Free West Papua Association is an NGO representing the civil society group and has organized marches through Port Vila in support of West Papua’s struggle for independence. Such marches have seen national leaders taking the lead.

Pastor Navuki was responding to quotes from the Coordinating, Political, Legal; and Security affairs Minister of Indonesia that was carried by international media that Jakarta has won the support of Fiji and Papua New Guinea for its full membership status at the MSG.

“Fijian Foreign Minister Ratu Inoke Kubuabola said he would support a motion to boost Indonesia’s status from an associate member to a full member of the MSG,” Luhut claims. “Being a full member will strengthen Indonesia’s position in the MSG.”

PNG Foreign Minister Rimbink Pato also showed his support for Indonesia to become a full member of the MSG. His country will host the MSG summit this year.

Pandjaitan said the provinces of Papua and West Papua are an inseparable part of Indonesia, and no country should meddle with Indonesia’s sovereignty.

Last month a high-powered 13-member delegation of the Indonesian Government including two major generals played a low-key visit to Vanuatu. They are Major General Sumihajo Pakpahan and the First Deputy from the Ministry of Politics, Security, Defense and Justice Major General Yoedhi Swastong. A Catholic priest turned researcher for the Indonesian government, Fr Gregorious Neonbasu and the Indonesia adviser to Papuan Desk, Nicholas Simeone Messet, who was a former captain for Air Vanuatu, were also part of the visiting team.

In two separate encounters with the media, the team maintained they were in Port Vila as an advance team preparing for the visit of four Indonesian ministers and five provincial governors, and that politics was out of discussion in their meetings with officials.

They paid a courtesy call on the Prime Minister Charlot Salwai Tabimasmas and the Minister for Sports, Nato Taiwia, and held meetings with director generals.

One political observer who has close connection with West Papua and who has asked for anonymity said the visit was more to “test the waters” before the official ministerial visit this month.

“Vanuatu is very important to Indonesia because its support for West Papua is consistent unlike the other Melanesian states”, the anonymous observer said.

According to Pastor Allan Navuki, Vanuatu will stand with Solomon Islands and the FLNKS to support West Papua’s bid for full membership. (*)

The body of crashed MAF aircraft found 13 meters below water

The Procedural Problems will be Resolved Before the MSG Leaders’ Meeting : ULMWP