US Allocates Rp 500 Billion For Marine Conservation in Indonesia 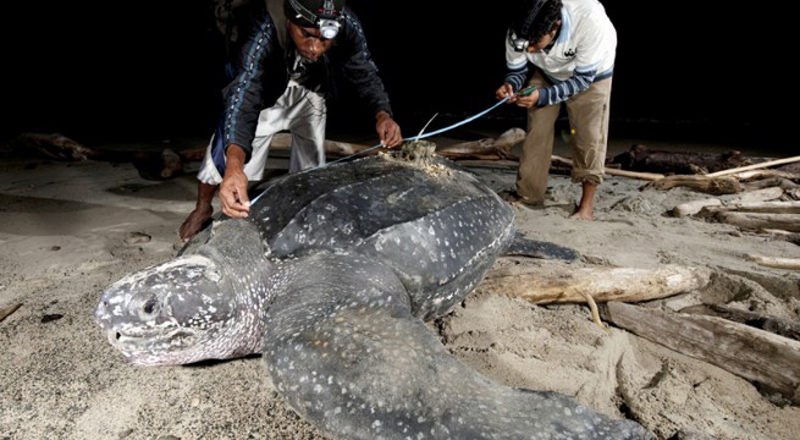 Jakarta, Jubi – The United States Government through the US Agency for International Development (USAID) has allocated 35 million US dollars (Rp 500 billion) to cooperate with Indonesia in terms of marine conservation over the next five years.

“Over the last few years, the US government through USAID contributed $ 35 million, plus 33 million dollars for the next five years in order to protect marine resources and support the fishing sustainable in Indonesia,” said Deputy US Ambassador to Indonesia, Brian Mcfeeters, in the Sea Campaign “Protect our Sea, Sea Turtle” in Jakarta on last week.

He further said that the preservation of marine resources is not about the relationship between Indonesia and the US, it is the responsibility of the world that must be carried along.

One of the conservation programs between the two countries is the conservation of leatherback turtles, whose remaining population is estimated at 2,000 out of 6,000. These animals spawn in Indonesia, precisely in Tambrauw regency, West Papua Province and immigrated to California in search of food jellyfish and mating.

“In addition to the turtles, there are other broader issues and come to our attention, such as the problem of waste in the sea and ocean acidification. Therefore, we believe this issue is not just about the US and Indonesia, but the world,” he added.

Some US initiatives designed with a span of ten years are the marine sector supports strategic planning and to assist the government of Indonesia in fishing effort in the right capacity to sustain production and the economy.

He continued, the US also wants to commit to protect millions of hectares of sea area, including areas that have the highest biodiversity in the world.

US committed to mobilize cutting-edge science and technology, such as “Visible Infrared Imaging Radiometer Suite” (VIIRS) belonging NASA agency to identify ships that use light to attract fish at night. (*)

Core Zone of Lorentz National Park is Only 19 Percent