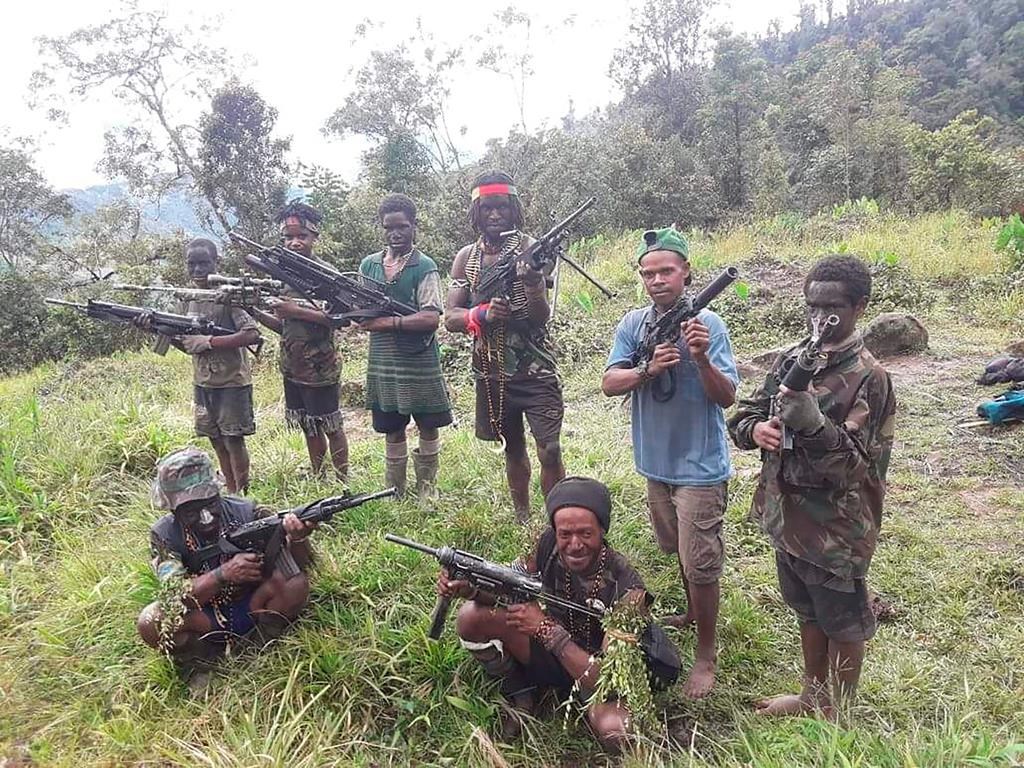 Papua, Jubi — The long-simmering armed conflict between Indonesia’s military and Papuans seeking independence includes indigenous teenagers and boys who appear barely adolescent, The Associated Press has found, highlighting how Indonesia’s heavy-handed attempts to extinguish the movement have produced a new generation of fighters.

The West Papua Liberation Army, which has fought Indonesian control in the easternmost region since the early 1960s, and Papuans who peacefully advocate independence acknowledge that youngsters are involved in the conflict. But they also describe them as willing participants who fight against the Indonesian state because of military operations in Papua.

International law defines a child as under 18 years old and the recruitment and use of children under 15 for military purposes is a war crime under the 2002 Rome Statute of the International Criminal Court. Nearly 170 countries including Indonesia have ratified a U.N. treaty that obliges governments to stop military recruitment of anyone under 18 and to work toward ending the military exploitation of children by state and non-state armed groups.

Sebby Sambom, a Liberation Army spokesman who lives in neighbouring Papua New Guinea, acknowledged that combatants include people under 18, describing it as part of West Papua’s history and struggle for independence.

The Papuan fighters have never been well armed but have battled Indonesia since it took control of the mineral-rich region from the Dutch in 1962. Papuans, who had declared their independence the year before, see Indonesians as invaders who cemented control with a sham referendum at the end of the 1960s.

For the Indonesian government, Papua is a rich prize endowed with mineral resources it says it will never give up. Officials say the territory is rightfully Indonesia’s under international law because it was part of the Dutch East Indies empire that is the basis for Indonesia’s modern borders.

The existence of child soldiers “is a sign that the West Papuan conflict is far more serious than the world acknowledges,” said Veronica Koman, a human rights lawyer who has frequently called attention to alleged police and military abuses in the region.

“West Papua needs urgent international intervention, because child soldiers are themselves victims. The Indonesian government’s security approach has created an intractable conflict by brutalizing generation after generation of West Papuans,” she said.

A photo taken in May by a Liberation Army member in the Nduga area of the central highlands in Papua shows four males who appear to range in age from pre-teen to adolescent, with four older men also the same group, all holding military-style weapons.

A video recorded by the independence fighters in the same area earlier this year shows some of the same boys, one holding a rifle, and other possible adolescents standing at attention among a group of about 40 armed men who had assembled to hear a speech about their military victories since 2017.

Also in the video is Ekianus Kogeya, who turned 19 in May and is described by the Liberation Army as a brigadier general and its commander in the Nduga area, after taking over from his father Silas Elmin Kogeya, who reportedly died several years ago.

It is unclear how many teens are directly involved in the conflict or what specific roles they play, but with several hotspots it could be at least dozens.

Victor Mambor, editor of Papuan news site Tabloid Jubi, told AP he was unexpectedly contacted by a group of 20 fighters in January while reporting on the humanitarian crisis in Nduga. Thousands of civilians have been displaced by a security crackdown following a December attack that killed 19 construction workers. The group was three-quarters teenage boys, some 15-16 years old, he said.

“This group didn’t speak too much. They are only talking about ‘We are not criminals, not terrorists, we fight for our people,’” he said.

“Those teenagers have no hope in their own land,” Mambor said. “There is no job for them if they finish school. Many soldiers in their villages. Maybe their only hope to exist is to hold a weapon.”

Groups campaigning to end the use of child soldiers say they are sometimes forcibly recruited but can also join militaries and armed groups because of cultural pressures, for protection or money to escape desperate poverty. Children in conflicts, whether as combatants or in other roles such as porters, face a high risk of being abused, killed or maimed and those that survive can suffer profound psychological and social problems.

Papua is not mentioned in the U.N. secretary-general’s yearly report on states and groups using child soldiers, and international awareness of the situation in Papua is low. Indonesia’s restrictions on foreign journalists and organizations operating in the region has kept it mostly hidden from world attention. Rights groups criticize the U.N.’s list for being politicized and incomplete.

Papua makes up nearly a quarter of Indonesia’s land area and is rich in tropical forests and mineral resources including one of the world’s largest gold and copper mines. Even so, vast areas remain outside of Indonesian control due to being remote, mountainous and thickly jungled.

An influx of migrants from other parts of Indonesia has made Papuans an economically and politically marginalized minority in some lowland areas, adding fuel to the conflict. But highland areas about the size of Britain are populated mainly by Papuans.

Attempts to break up that jungled fortress with the construction of a trans-Papua highway have become a new flashpoint in the conflict. The highway looms as an existential threat for Papuans already reeling from the impact of high infant mortality, bouts of famine, the rampant spread of HIV/AIDS and an unknown number of deaths from Indonesian military campaigns since the 1960s.

Papuan activists fear the highway will result not in economic development but in the total dispossession of their land.

Sambom, who described youngsters involved with the Liberation Army as “children” and “young men,” said children of independence fighters grow up in the jungle, have “bitter experiences due to brutal (Indonesian) military operations” and automatically become fighters.

“This situation applies in all of the central highlands of Papua, which are areas of war conflict,” he said in an email. “They grow up and become Papuan freedom fighters, namely continuing the struggle of their parents.”

In a telephone interview, he didn’t answer questions about the number of teenage or child combatants or their specific roles in the conflict. He said the children of Papuan fighters don’t attend school, partly because they fear they’ll be kidnapped or killed by the Indonesian military.

The Indonesian military spokesman in Papua, Muhammad Aidi, said Papuan fighters killed by Indonesian forces are mostly 20-40 years old. He said he had not seen any direct evidence of child combatants but in some remote areas children aspired to join the West Papua Liberation Army.

“If we ask some children in the remote region of Mapenduma about their dreams in the future, their answer is to become an OPM (Free Papua Organization) fighter,” he said. “Because they don’t know the outside world.”

He said anyone under 18 who attacked Indonesian security forces with arms would not be spared.

“The threat is the same as adults who can kill us with their guns,” he said. (Stephen Wright, The Associated Press)