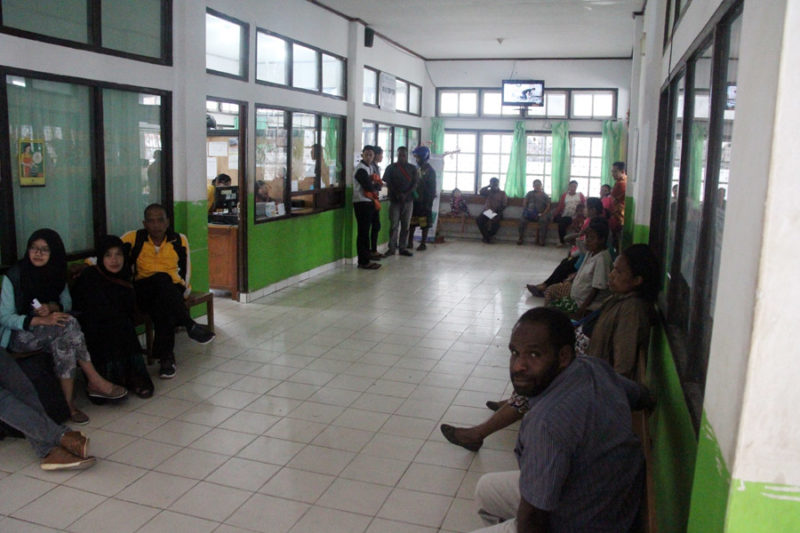 Service at a clinic at RSUD Wamena - Jubi/Islami

Jayapura, Jubi – Student Executive Board of the Faculty of Medicine, Cenderawasih University, Jayapura, examines the symptoms of endemic disease in Papua, by holding a health seminar titled Tropical Diseases in Indonesia, especially Papua.

Tropical diseases such as HIV / AIDS, Vilariasis, Malaria, Frambusia, TBC and Leprosy are reviewed in the forums.

“This seminar is held by Medical Student Council, after being planned for some time and is realized now,” said Student Executive Board Faculty of Medicine Norbert Kemi Bobi to Jubi, Friday (November 24).

Norbert said tropical diseases that have been suffered by Papuan people are expected to be known early on. “Then students analyze the problem of preventing and avoiding it,” Norbert said.

He mentioned the seminar was also attended by eight other Faculties at Uncen campus, including private campus and Papuan youth representatives. The activity is part of dismantling the horizon of medical student thought or nursing, and is expected to give knowledge for young people to be able to understand the disease and advocate health.

Chairman of the committee seminar of tropical diseases, Nadiana Tasya acknowledged that the activity was prepared in a rush about a week before. “But we are grateful that it goes well,” Nadiana said.

She hopes to be able to hold similar activities with careful preparation, so more students from other campuses can be involved. (*)

Jayawijaya has yet to pass health minimum service standard

Thousands of YPK school teachers have no certification

Poor Services for Patients with Leprosy