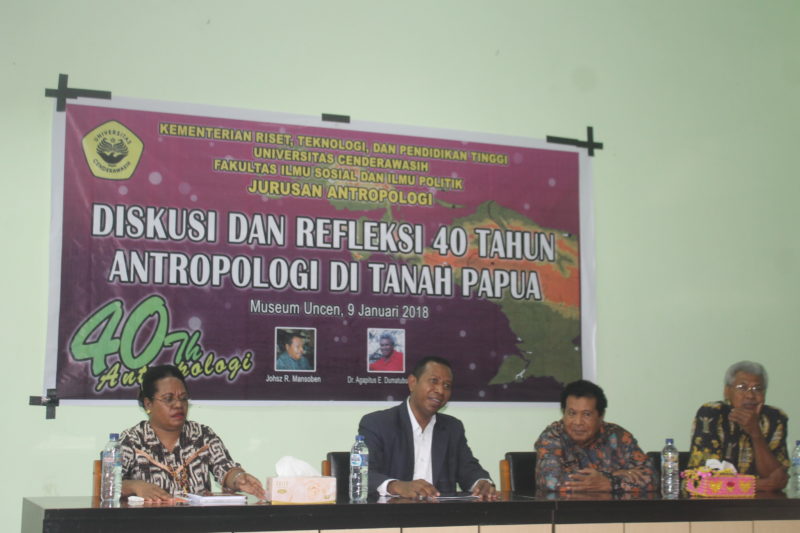 Jayapura, Jubi – Journal of anthropology in Social and Political faculty (FISIP) of UNCEN used to attract international customers with up to 800 academicians from home and abroad. The journal focuses on publishing the results of anthropological research.

“The magazine has customers from various international institutions and persons up to 800 and comes from various countries in the world,” said a senior lecturer of Anthropology Cendrawasih University, Johsz Manzoben, recently.

Johsz Mansoben said the research has its own advantages for anthropological institutions. Many research authors came from various countries in the fields of anthropology, linguistics, health education, archeology and botany.

The first anthropological research activity was conducted since the establishment of the institution in 1963 until 1974. Recorded research conducted by the well known anthropologist, Prof. Koentjaraningrat, was about the Cultures of Bonggo People, especially their kinship system. The results of his research were published in international journal.

Joshz mentioned further researches have also conducted by a number of anthropologists such as Prof. Dr. M.T Walker from 1972 to 1974 about Fishing Industry in Jayapura: Market Resources in Jayapura; Copra Industri in Raja Ampat, Sorong; Economic and Social Change among the Asmats (in Asmat papers Volume I; Social structure and Leadership among the asmat (asmat paper volume II).

“Professor Walker conducted research in Asmat for a year, we were invited to stay for a year there to conduct the research and live together with community,” he said.

He hopes the anniversary of Anthropology Department will be set as regular agenda to be commemorated every year.

Acting Head of Anthropology Department FISIP UNCEN, Marlin Falssy said a lot of research has been done by lecturers, students, and anthropology alumni. “But the results publication were still lacking,” she said.

Currently the agency has a journal managed by Jack Morin, though it is not regularly published due to financial constraints. “There have been lot of things we had conducted and today we are reviewing the works to improve this department,” he said. (tabloidjubi.com)

Education is a mess in Papua’s highlands, but fault doesn’t lie with the Papuans alone