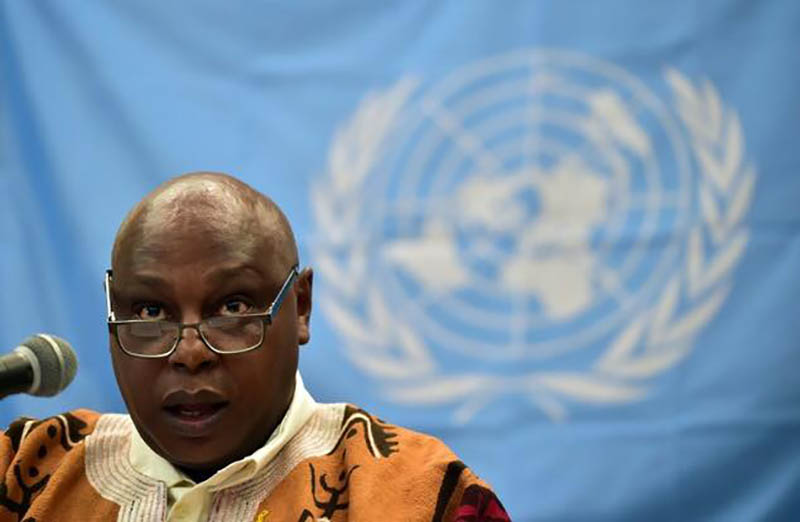 UN Special Rapporteur on the right to freedom of peaceful assembly and association, Maina Kiai - UN

UN Special Rapporteur on the right to freedom of peaceful assembly and association, Maina Kiai – UN

Jayapura, Jubi – UN Special Rapporteur on the right to freedom of peaceful assembly and association, Maina Kai, highlighted the issue of Papua in his report to the UN Human Rights Council in Geneva, Switzerland on Friday (17/6/2016).

In the 32nd session of the UN Human Rights Council Plenary, he reported what was occurring in Papua is a phenomenon which has connection with cultural fundamentalism and nationalism.

“My report documented about the phenomenon occurring in China that restricts the rights of assembly and association of Tibetans and Uighurs; in Indonesia against the West Papuans and in other places such as India and Mauritania against the individuals considered a lower caste,” said Kiai in his report in the plenary.

He also mentioned about the significant rise of fundamentalism in the last few years, as seen in the rising popularity of many right-wing political parties, in particular in Austria, Denmark, Hungary and Switzerland.

“The fundamentalism cases initially may look different, but it has the same interest. In each case, the superiority has triggered the process of dehumanization or delegitimizing of particular groups. Gradually, these groups would lose their humanity and rights. This process can lead to devastating consequences, because history has proved it many times,” said Kiai in his report.

In addition to the report of the UN Special Rapporteur, the civil society group who concerned about Papua issue also reported the restriction of freedom of expression in Papua. Franciscans International. VIVAT International, International Coalition for West Papua, West Papua Nezwerk, Tapol, and Minority Rights Groups International, Geneva for Human Rights and The World Council of Churches urged the UN Human Rights Council for asking the Government of Indonesia to conduct investigation on the arbitrary arrests in Papua and other places. The Government of Indonesia was asked to guarantee the rights of freedom of expression, and freedom of assembly and association for Papuans.

“We also ask the UN Human Rights Council to urge the Government of Indonesia to open the access on Papua for the international community and set a date for the UN Special Rapporteur on the Freedom of Expression an allow other mandate holders to visit Papua,” said Budi Cahyono, the Coordinator for Asia Pacific Franciscans International Program in Geneva to Jubi through email on Sunday (19/6/2016). (Victor Mambor)

Tens of trillions to get 20 percent of Freeport shares

Where is the justice for Papuan?

The story of illegal logging from the forests of Papua