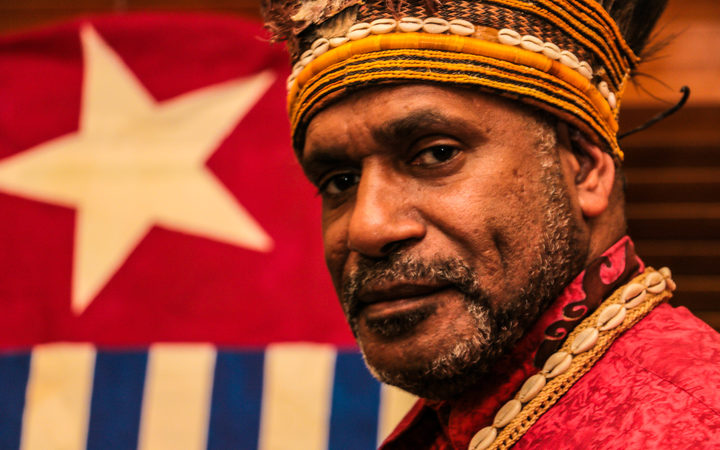 Jubi, Papua – Two more unarmed West Papuan civilians have been killed by the Indonesian military in the Nduga Regency. As the 2001 Special Autonomy law expires this year, this is yet more evidence of Jakarta’s genocidal intent in West Papua. There can be only one solution this year: a referendum and independence for my people.

Elias Karunggu (40) and Seru Karunggu (20), father and son, were shot dead in cold blood on Saturday July 18. They had already been displaced from their homes for months due to the brutal Indonesian military operations that have been ongoing in Nduga since December 2018.

“We had hoped that the Covid-19 situation would make the Indonesian police and military stop their murderous repression and concentrate on the medical crisis spreading across the world. Instead, Jakarta has only used the crisis as a cover for its war against the existence of Melanesian West Papuans. Last month even more troops were deployed to West Papua – for what? There is only one purpose in such militarisation: ethnic cleansing and genocide. Over 45,000 people have been displaced in Nduga since December 2018,” said ULMWP Chair, Benny Wenda.

These military operations must stop immediately. I’m calling for the Indonesian president to immediately withdraw all troops from West Papua and allow ordinary people, who have been internally displaced in their own land, to resettle in their villages peacefully. The hospitals and schools are still not functioning, and women, men and children are still displaced. This is a double crisis for the people of Nduga: a humanitarian crisis caused by the Indonesian military, and a Covid-19 crisis made worse by the colonial destruction of health care and our way of life.

“I’m calling on all my people to unite. Collectively, whether you are a civil servant, ordinary West Papuan, or Indonesian born in West Papua, everyone must unite to refuse the new autonomy law and to hold a referendum. Today, you are choosing your destiny and the destiny of the generations to come. Indonesia is clearly trying to systematically wipe out the population, and as last year showed, racism and discrimination are embedded within Indonesia’s colonial project. We must unite and act now. This is my call,” he said.

To the whole world, particularly the governments of the Melanesian countries, the Pacific Islands Forum, EU, and the United Nations: don’t support a new autonomy law in West Papua. If you do, you are indirectly or directly supporting the Indonesian government’s murder of my people, as happened to Elias Karunggu and Seru Karunggu on Saturday. “We don’t want to suffer the same fate as the Indigenous people of Australia and North America. We don’t want our environment to be irreversible destroyed and polluted by the Indonesian occupation. You must all support our cry for freedom, before it is too late.”

To our solidarity groups across the world, please continue to support us. People across Indonesia are beginning to wake up and support my people as Black Lives Matter movement becomes Papuan Lives Matter. We need everyone’s solidarity, concern and support now.

“Indonesia, there is no other solution to this 57-year-old problem. We will not give up until we win a referendum on independence. Every Papuan murdered by the Indonesian military only makes us more determined, and gives us more strength.” (*)