Tuberculosis is still a major problem in Jayapura Regency 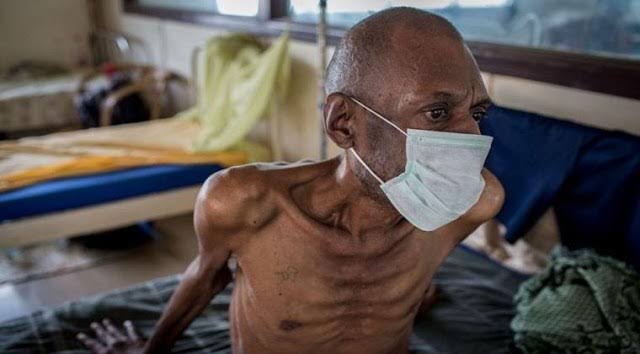 Jayapura, Jubi – Jayapura District Health Office conduct a public consultation on the Regional Action Plans (RAD) on the tuberculosis control ahead to the elimination of tuberculosis for Jayapura Regency 2030.

Giri Wijayantoro who represented Jayapura Regent said TB is a public health problem that turns to a challenge worldwide and Indonesia is one of the countries with high TB prevalence.

Meanwhile, in Jayapura Regency, TB is still a principal health problem that causes a high mortality rate. In 2017, there were 30 people died of tuberculosis after malaria, traffic accidents and other causes.

“The objective of the consultation of the regional action plan on TB control to the public and regional government offices is to obtain feedback as well as to reduce the tuberculosis prevalence in Jayapura Regency and Papua Province,” said Giri.

In the meantime, Khairul Lie, the Head of Jayapura District Health Office hopes that all stakeholders will involve in the preparation of the Regional Action Plan.

“We want the number of new cases to decrease by 90% and to reduce the mortality rate to 95% based on the cases occurred from 2014 to the present. These steps will include in the RAD,” he explained.

“There are 68% cases identified as not treated or have been treated but have not been recorded by the program. this has spurred the handling of national TB control to continue the intensification, acceleration and innovation of programs through a national strategy to tackle tuberculosis,” said Giri. (*)

Korowai people have rights to public service as citizen