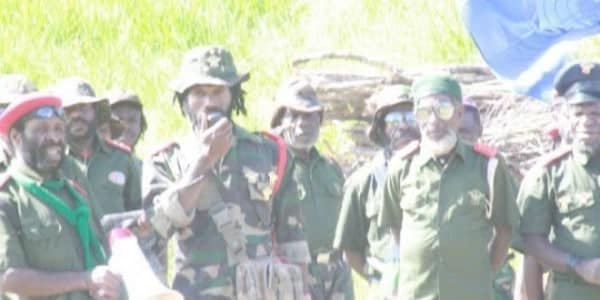 Furthermore, Commander Demianus Magai Yogi claimed those who support this policy are taking side with colonialism. “Those who support the Special Autonomy and other policies of the Indonesian Government in Papua support the colonialist to eliminate us, the indigenous Papuans,” Yogi told Jubi on Sunday (5/7/2020).

For this reason, Yogi accused those who propose the extension of the Special Autonomy in Papua are those who want to compromise with the Indonesian Government to decline the political rights of Papuan people.

“As indigenous Papuans, our primary interest is the rights of self-determination that has been neglected or taken from us through the Pepera (People’s Vote) in 1969,” said Yogi.

In the meantime, his colleague Soleman Magai Yogi stated that the Indonesian occupation of West Papua since 1963 was a conspiracy between Indonesia, the United States, Netherlands and the United Nations. This occupation is a form of violation against the standards and principles of international law.

Because as the landowner, they never involved West Papuans in the international meetings and negotiations to discuss the political status of West Papua,” he said.

Moreover, since 1963, Indonesia continues to carry out military operations that have killed many indigenous Papuans. “Indonesian authorities have chased, intimidated, terrorised, arrested and killed Papuans who fight for their rights and the sovereignty of West Papua,” he said.

To sum, he declined the ambition of Jakarta to extend the implementation of Special Autonomy in Papua. “We only ask for the rights of self-determination,” said Soleman Yogi. (*)