TPNPB accuses TNI of shooting children out of anger 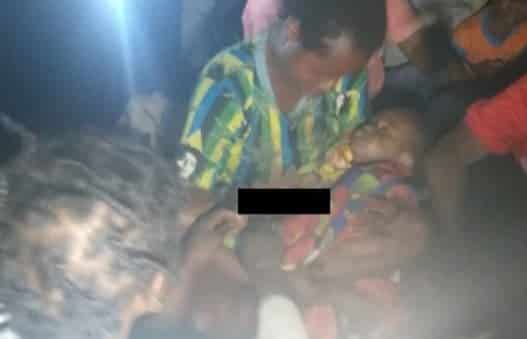 Jayapura, Jubi – The West Papua National Liberation Army (TPNPB) said that the Indonesian Military (TNI) personnel who allegedly shot dead Nopelinus Sondegau, a two-year-old child, and injured a six-year-old named Yoakim Majau, did so because they were upset for failing to shoot the opponents.

“The TNI shot a two-year-old child named Nopelinus Sondegau and Yohakim Mazau who was six years old because they could not contain their anger after their comrade was shot by us,” said TPNPB General Operations Commander Gusby Waker in a written statement received by Jubi on Thursday, Oct. 28, 2021.

“[The TNI] operate without distinction of status. The shootings of small children, priests, and women have happened many times in Papua,” he added.

Previously, Papua Police spokesperson Sr. Comr. Ahmad Kamal confirmed there were children victims in a crossfire between the TNI and TPNPB on Tuesday, Oct. 26, 2021. “It’s true,  we received a report that a child died from gunshot wounds on Tuesday in Sugapa,” Kamal said on Wednesday, as quoted by CNN Indonesia.

From the report, the two children were in the house with their parents when they got shot. Yoakim Majau, who was injured, was taken to Mitra Masyarakat Hospital in Timika for treatment. (*)