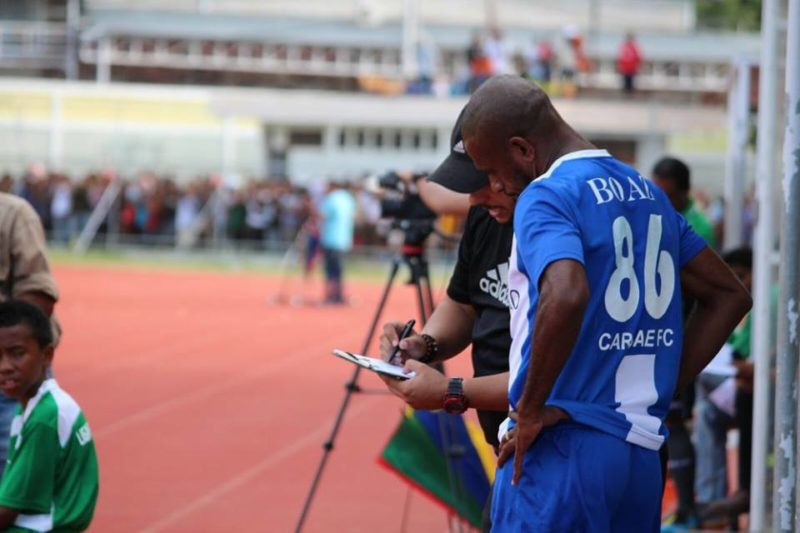 “Persipura’s big name has brought good image for Indonesian nation. It becomes attraction for football clubs in Timor Leste to take benefits of the football situation after PSSI freezing by the Sport Minister,” he said.

In Timor Leste, Papuan players would also get other facilities such as vehicle and house. The local clubs know how to get income through football fans and attract the sponsors to get contract to those who have named in the Indonesian football.

“Boaz Solossa, Manu Wanggai, Titus Bonay, Patrick Wanggai, Okto Maniani and some other Papuan players are familiar to the clubs of neighboring countries,” he added.

Sometimes ago, Persipura management declared not participating in Kaltim Governor Tournament because lack of sponsorship. Thus the contract of players was suspended and they are free to join with other clubs for temporarily. Some Persipura players then crossed to both domestic and international clubs. Imanuel Wanggai and Boaz Solossa chose joining the football club in Timor Leste, while Riky Kayame went to Persib Bandung. Bio Paulin joined with PS Polri and Richardo Salampessy went to Pusam Borneo FC.

However, Chairman of Papua Legislative Council Yunus Wonda regretted this fact. He said as Papuan supporting Persipura, he is worried with the current situation of Persipura.

“The management shouldn’t be rush to dissolve the players. If they have sponsorship problem, they can talk with the Papuan people, us in the parliament and other related stakeholders to find a solution,” Wonda said last week.

According to him, the coaching process of Persipura players is different with other clubs in Indonesia. But it has already happened, it would certainly difficult to get back the players to already have contract with other club. (Arjuna Pademme/rom)