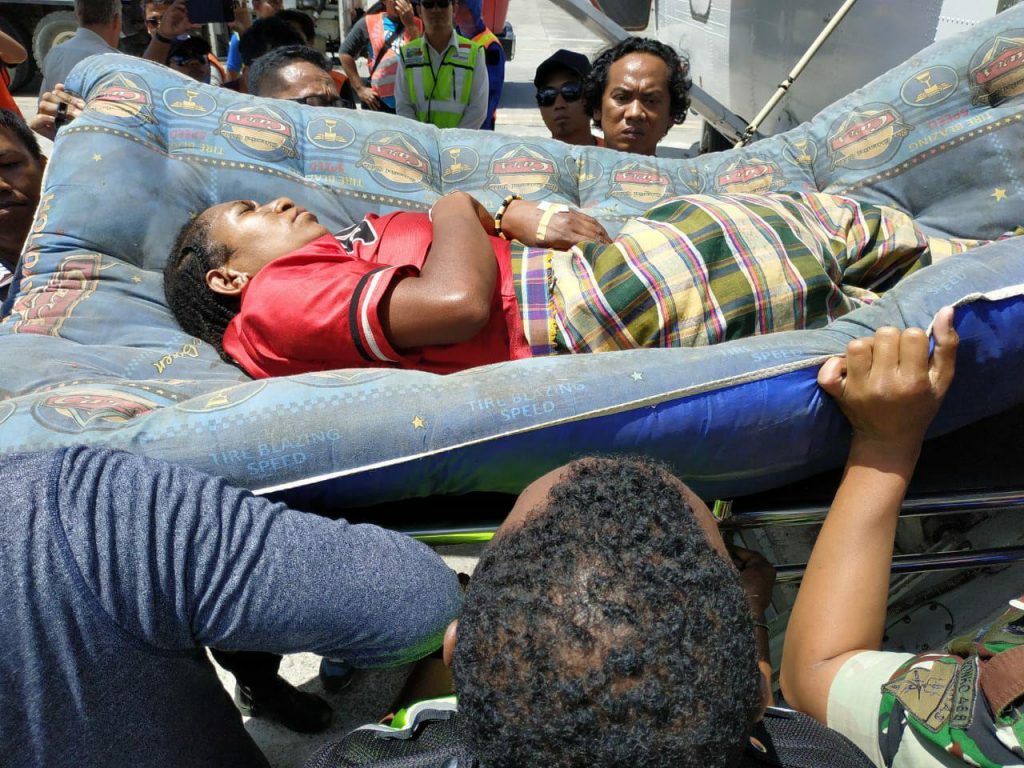 A resident injured by a bullet in Ilaga. – Jubi/Ist

“Today, on Wednesday, 18 September 2019 at 13:30 three residents has been shot while travelling to Olen Village, Ilaga Utara Sub-district,” Wakerkwa told Jubi reporter by phone on Wednesday (18/9/2019).

Furthermore, he confirmed that some photographs of victims circulated on social media are factual because he was there when the incident occurred. “The dead victims are Tekiman Wonda, a civil service officer and Teliman Jikwa. Five other victims of stray bullets have taken to the local community health centre in Kago, Ilaga,” he said.

Moreover, he added that this incident almost forced other residents to refuge to the jungle. However, both village and sub-district government officials asked those frightened people to gather in Klasis GKII Office of Ilaga Utara.

Meanwhile, during the incident, Wakerkwa said he did not see any action taken by the regional government to calm down their people. Even the Chairman of Puncak Parliament could only stare without doing anything to help or protect them.

“The military and police have made a big mistake by accusing the local people as part of separatist group or OPM because they only get used as scapegoats,” he said.

Therefore, on behalf of the victims’ family, he asked the police to investigate this case thoroughly. He also asked the government to compensate for all the losses suffered by their family reasonably.

“This should be the last for the joint military and police to act violating the existing laws because we acknowledge that our country is a state of law. Therefore, the law enforcement agents should come to protect us, not to kill us like this,” he said.

When contacted by Jubi, the Adjunct Senior Police Commissioner Ari Purwanto admitted that he had not had any update from the location due to weak signal in Illaga. This delays communication in the field. “Could you please ask the Military Commandant? Maybe he already had information,” he asked.

Meanwhile, the Puncak Regent Willem Wandik admitted he had received a full report about the shooting incident yet. However, he asked the security forces for not acting detrimental when dealing with the local people.

“A persuasive approach is needed because the West Papua Liberation Army usually are blending with the local people,” said Wandik. (*)