The stigma of ‘Free Papua’ mutes other humanitarian issues in Papua 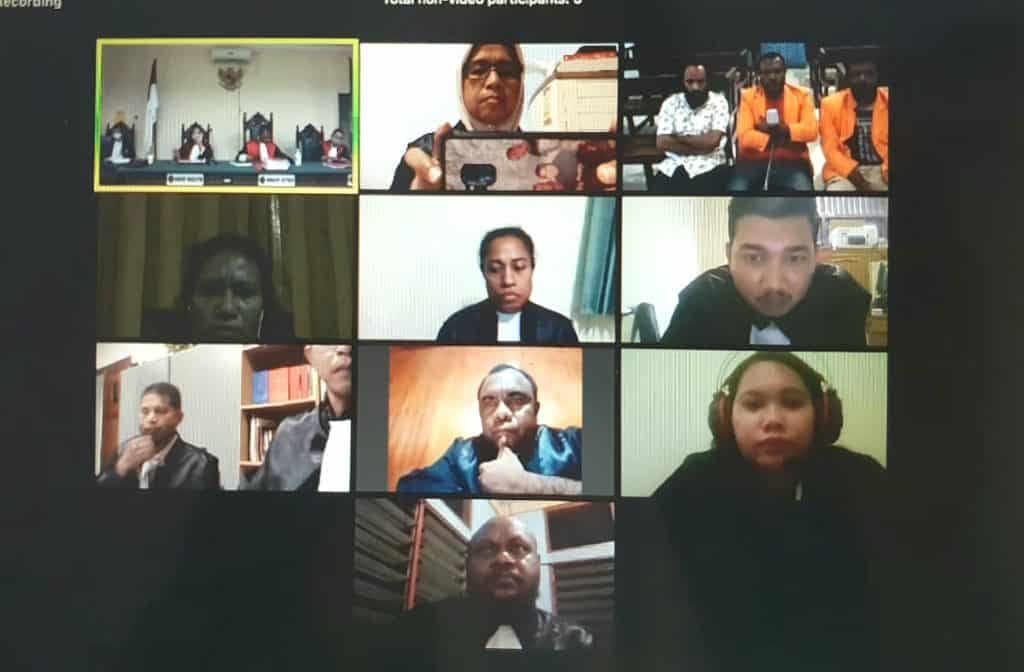 Makassar, Jubi – Academic from the Cenderawasih University of Jayapura, Elvira Rumkabu, stated the stigmatised Free Papua to indigenous Papuans had killed other issues in Papua, humanitarian issue, for example.

The statement revealed in an online discussion “Racism vs Treason” held by Jubi on Saturday (13/06/2020).

She said the political construction has bred two identities to Papuans, namely free-Papua (separatist) and pro Indonesia (nationalist). Separatist is a stigma attached to indigenous Papuans. “If we talk about Papua, it raises only two things, Free Papua or Indonesia is undisputed. For me, this construction is terrible. It has killed people’s aspirations, like humanitarian issues in Papua, “Rumkabu said.

Further, Rumkabu also believes that racism and treason issues in Papua are two things that are closely related. Racism towards indigenous Papuan has existed since the Dutch era, where at the time there were three categories of social status which are Dutch elite in the first class, and Indonesian in the second class left the native Papuans in the lower rank.

According to her, this stigma is still attached to Papuans until today. Not only in society but also constructed by the state, and the perspective of racism has affected the state’s institutions in treating indigenous Papuans. That’s why, she said, the accusation of treason is easily attached to Papuans in voicing their aspirations or speaking about the racism issue, which in her opinion is a humanitarian issue.

“Racism is the root of the state’s perspective towards native Papuans, and it disguises the aspirations among Papuan people, even when they talk about democracy and humanity,” said Rumkabu.

Therefore, she said, the issue now is beyond the demand to release the seven political prisoners in East Kalimantan, but to change the state’s perspectives, the rule and structure.

In the same forum, lawyer Latifah Anum Siregar from the Papua Law and Human Rights Enforcement Coalition Team said the treason article could be used to someone if he is proven to make a physical attack on the authorities.

In the case of the seven Papuan Political prisoners, she gave an example, that the defendants were arrested and tried after a demonstration protesting racism against Papuan students in Surabaya in August with a charge of being the actors behind the demonstration.

“I think this is a mistake because it precedes the legal process. The political prisoners are always called as the actors of the riot. What exactly does it mean? If you want to say that they are the mastermind behind the riot, you should use the articles related to destruction and arson instead of the treason article,” said Anum.

According to him, it is a mistake if the Papuan political prisoners are accused of treason only for shouting ‘Free Papua’ and ‘referendum’ because it relates to the context of a democratic country. She also said the defendant could not be charged with the treason article if they brought the Morning Star flag during the demonstration or dropped the Indonesian flag or raised the Morning Star flag during the protest in front of the Governor’s office. It is incorrect because the treason article does not include the clause about flags.

“When talking about flags, we should refer to Law number 24 of 2009 about the flag as the symbol of the state. There (in that article) clearly stated it is a crime. So, where is the context of treason in their case? It’s not clear. So don’t get it wrong,” she said. (*)