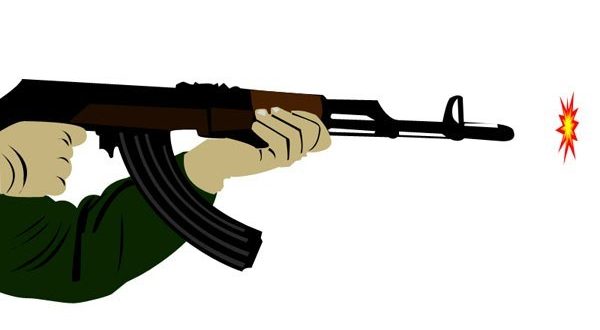 Jayapura, Jubi – Fransiskus Gebze, a resident of Merauke who is currently in hospital after the shooting incident by a police officer, denied the police’s statement in an online media saying he attempted to attack the officer with a knife.

“The officer was doing a patrol when caught this alleged perpetrator who known by residents often committed an act of mug or theft. When the officer addressed him, he did not accept it and attacked the officer with the knife that he often carried,” Kamal explained as quoted by the online media.

Meanwhile, Fransiskus denied this report and also said that he wasn’t stealing or mugging. “I am not a thief. I was walking to work at around 7 am, and the officer suddenly stopped me. He was extremely drunk. Without an alert, he pulled out the weapon and shot it down three times. It was only one meter distant. Two bullets went straight into my leg,” said Fransiskus on Friday (15/2/2019).

Furthermore, he suspected that the officer wanted to trap him by asking him about the fish he took from a ship. Fransiskus works as a fish loader at the Merauke Harbour. “What’s wrong if I take two or three fish for meals?” he said.

Meanwhile, his wife, Susana Wanggaimu, also revealed that her husband shot by an officer when he was going to the fishing port. The incident occurred not far from the port at the 7 am local time.

“There was no problem between my husband and SM (the officer). Why should he shoot my husband’s leg twice? This is unfair. I want him to be responsible for his action,” she said. (*)

Anyone Who Serves in Papua Must Stand For Papuans

NO REPEAT ELECTION IN DOGIYAI AND MAPI, KPU SAYS