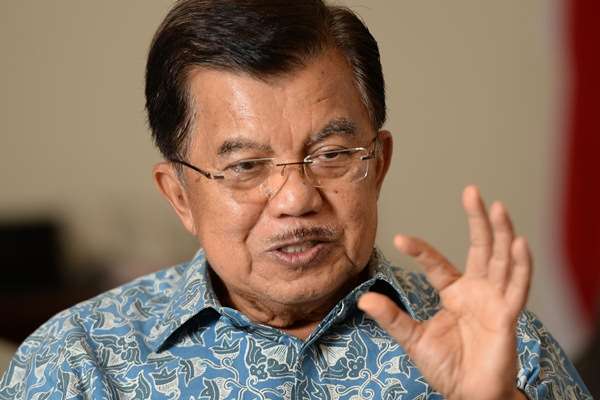 Jayapura, Jubi – Indonesian Vice President Jusuf Kalla maintained that the central government had never taken the resource wealth of Papua for their benefit.

The profit sharing of Freeport’s profits is an example of the government’s attention towards Papua.

Moreover, he said the number of funds disbursed by the central government to Papua exceeded the profits of Freeport in 2017.

“Freeport last year only paid a royalty tax just above IDR 10 trillion. Previously it was IDR 18 trillion, but now it decreased. Let’s say that the central government might receive about IDR 20 to 25 trillion from other revenues, but we transfer almost IDR 100 trillion for Papua,” said the vice president.

He further said that many efforts for arranging a dialogue involving both the central and local government and the local community have frequently made to find solutions for development in Papua. However, these efforts often are driven by the political interest of certain groups who want the independence of Papua.

Regarding the independence issue, Vice President Jusuf Kalla firmly said that the central government would not give that to Papua.

“Now, actually, the option of dialogue is also raising a new query whether it’s still applicable? Everything is for Papua, except the independence,” he said. (*)

PNG Citizens Are Rely on Indonesia

ON JANUARY 9, FREEPORT”S WORKERS WILL RALLY IN JAKARTA