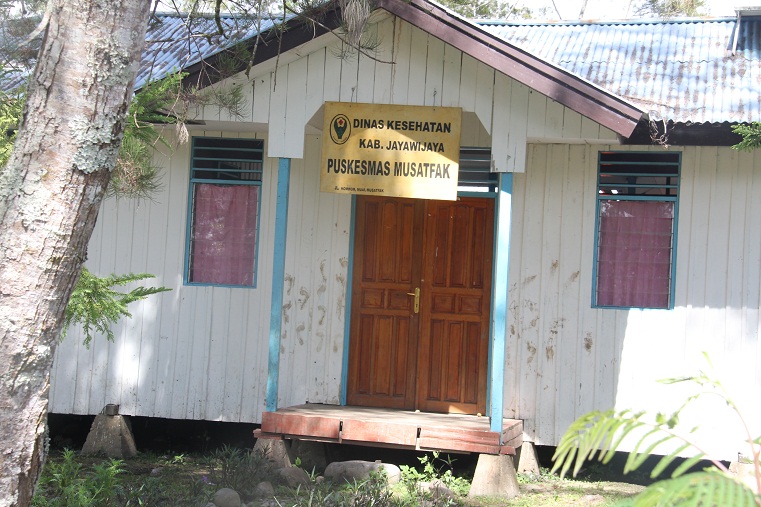 Ambulance driver  at PKM Mutsatfak, Dian Sesari, admitted the service has not run well due to internal problems.

When people seek treatment, they often find it was closed. So they go to the Church House Parish St. Fransiscus Musatfak where located near to the health center. “If people found the staffs were not there, they went to the Church House because of limited funds we have. The chief hold all the funds,” said Dian who’s part-timer and paid only 3 million per month. Another part-timer Lisa admitted she often gives medicine to the patients though she is actually only an administrative staff.

“Sometimes we are difficult to get transportation to the health center. Actually we are provided with official car but it’s not clear so we have to use the public transportation to Musatfak and it costs Rp 80 thousand for return,” said Lisa.

Musatfak religious leader the Rev. Ivan Simamora said since the health center was took over by the new chief in 2015, the workers are rarely to come. “Comparing with the former chief, the new chief is bad. Once he said he would stay at the sub-district to open the electrical network at the health center. But it is only an empty promise,” said the Rev Simamora.  (Islami Adisubrata/rom)

FEMALE CANDIDATES RESIST AGAINST BINDING SYSTEM IN THE ELECTION

Thousands of people take refuge to the forest, says the Church authority