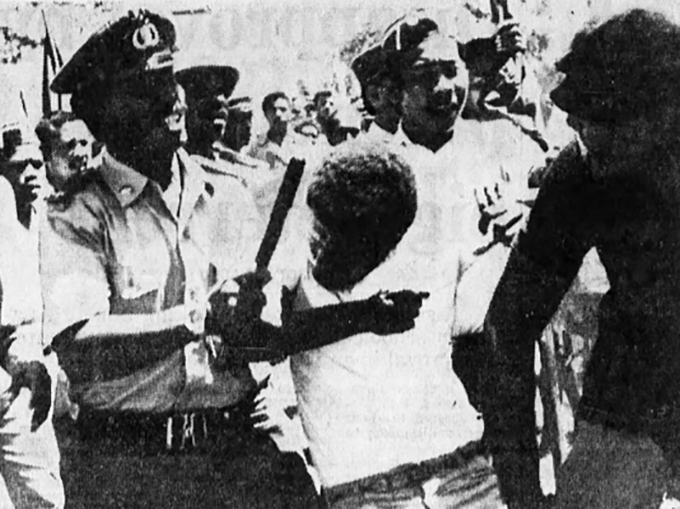 "West Papuans refer to the 1969 referendum as the 'Act of No Choice'. The referendum was by no means a legitimate exercise of self-determination. Image: Benny Wenda FB

“West Papuans refer to the 1969 referendum as the ‘Act of No Choice’. The referendum was by no means a legitimate exercise of self-determination. Image: Benny Wenda FB

Papua, Jubi – TAPOL and the East Timor and Indonesia Action Network (ETAN) have applied for a judicial review of the “Act of Free Choice” by the Indonesian Constitutional Court.

Recently filed by human rights lawyers on behalf of West Papua customary leaders and churches, the submission states that the highly contested self-determination “referendum” held in 1969 must be deemed contrary to the rights granted under Indonesian constitution, including the rights to freedom of thought and conscience, right to life, right to feel safe, and the right to not be tortured.

It was implemented following the guidelines of the New York Agreement (Agreement Between the Republic of Indonesia and the Kingdom of the Netherlands Concerning West New Guinea (West Irian [West Papua])of August 16, 1962.

The New York Agreement set the terms of the self-determination process. The UN was to assist Indonesia in overseeing an exercise of free choice by the people of West Papua on their political status, choosing between independence or remaining under Indonesian control.

There was to be full participation by all adults in accordance with best international practice. However, there was no meaningful support from the United Nations to guarantee a freely-held vote.

Instead, note TAPOL and ETAN in their joint statement, Indonesia took control of the process and backed by threats from its military, hand-picked 1025 men and women and forced them to vote for annexation by Indonesia.

It is why West Papuans refer to the referendum as “Act of No Choice”. The referendum was by no means a legitimate exercise of self-determination.

“This strategic litigation reminds the international community about the root cause of the long-running conflict in West Papua,” the joint statement said.

“This 50 years of injustice has cost the loss of hundreds of thousands of indigenous West Papuan lives.

“West Papuans today still suffer persecution for expressing their rights to self-determination. We encourage the Indonesian government to accept the submission and to acknowledge that the vote staged in 1969 was contrary to rights granted under the Indonesian Constitution.”

TAPOL and ETAN believe that the right to self-determination is fundamental and that the people of West Papua have not yet been given the freedom to exercise that right.

Both TAPOL and ETAN note that each organisation works to promote human rights, justice and democracy in Indonesia and Timor-Leste.

“We join West Papuans in calling for an internationally-supervised referendum conducted according to international standards,” the joint statement said. (asiapacificreport.nz)