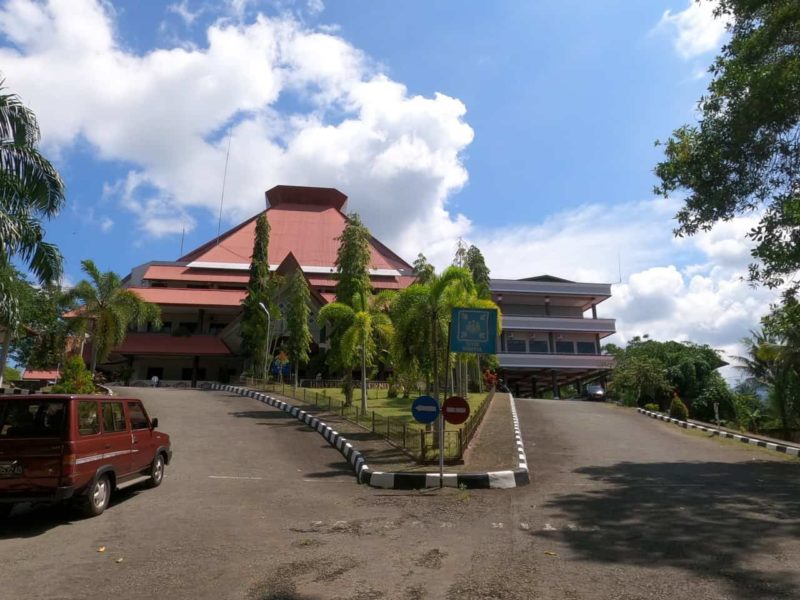 Jayapura, Jubi – The student inhabitants of the Cenderawasih University student dorm have filed a lawsuit to the Jayapura District Court against the university’s rector, Apolo Safanpo, for allegedly evicting them by force to accommodate the athletes of the upcoming 20th National Games (PON) in Papua.

The students’ lawyer, director of the Papua Legal Aid Institution Emanuel Gobay said that the rector should fulfill the right to education and housing for active students of Cenderawasih University. Instead, the rector and the PON Committee agreed to make the student dormitory a place to accommodate athletes during the national games.

“Even though the PON Committee has issued a letter about utilizing the student dorm for athlete accommodation, the evacuation of the student dorm by force has failed to comply with the principle of protection that must be applied in evictions,” Gobay said on Wednesday, June 8, 2021.

In fact, hundreds of personnel of the TNI and police were deployed to clear the student dorm on May 21. Some students said the security forces broke into the dorm using violence and pushing and kicking the doors.

Gobay said that the university should have informed the student dorm inhabitants with adequate information prior to the eviction, as well as providing an alternative place for the affected students.

According to Gobay, the rector had violated Article 1365 of the Civil Code, which stated that “Every act that violates the law and causes harm to others, obliges the person who caused the loss to compensate for the loss”.

Student dorm coordinator David Wilil said that the rector must be held responsible for the alleged forced eviction of the Cenderawasih University student dormitory.

“We are taking legal action. We hope that the Jayapura District Court will accept the lawsuit” said Wilil.

He also hoped that the rector would realize his promise to relocate the evicted students to another dorm that was not going to be renovated. The other option, Wilil said, was to pay the students’ rent until the National Games was over and they could go back to the student dorm.

Principal Must be Honest in Reporting on Absence of Teachers, Education Chief

The Importance of Maternal and Child Health in Papua

No School or Health Care in Korowai Brumakot

A story of Zaki, a teacher from Aceh who dedicated his life for education in remote Intan Jayapura, Papua (Part 1)