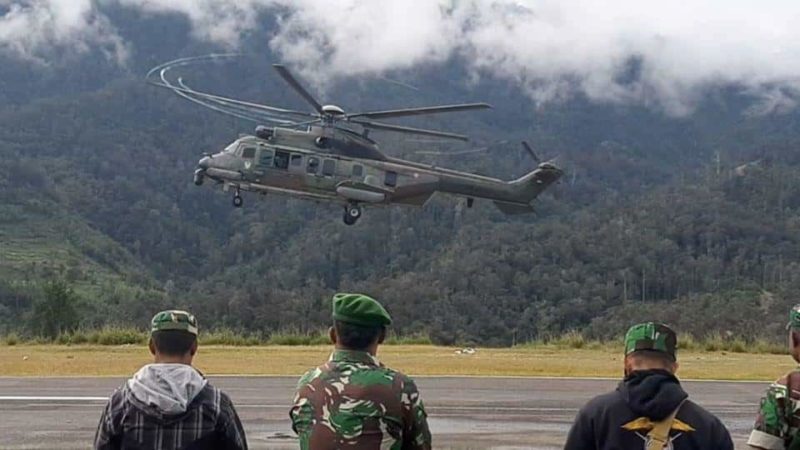 “Based on student dialogue with displaced people in Nabire and Intan Jaya, the people want to return to their hometowns. But they are afraid as the Indonesian Military sometimes shoots indiscriminately and civilians become victims of the shooting,” Belau told Jubi in Waena on Tuesday, February 8, 2022.

“Because it is difficult for the TNI and police to distinguish between civilians and the West Papua National Liberation Army (TPNPB). So they shoot carelessly,” he added.

Belau said that the people of Intan Jaya who were in the refugee camps asked to return to their hometowns because they had difficulty adjusting to life in the city.

Belau assessed that the lives of the Migani people in refugee camps were a bad portrait of the policies of both the regional and central governments. “People are neglected without any serious assistance from the government. The government has violated human rights,” he said.

The student’s head urged the Papua Legislative Council, the Papua Provincial Government, and the Youth of Indigenous Church to all agree to military withdrawal from Intan Jaya and to return the innocent people to their hometowns. “The government, the people, the legislative council, and the Papua People’s Assembly must not talk differently, everyone must have one opinion for the sake of the survival of the Papuan people on their own land,” he said.

Recently, rights NGO Imparsial researcher Hussein Ahmad asked President Joko Widodo to withdraw all non-organic TNI troops from Papua. The goal is to reduce the violence that often occurs in the area. Hussein’s statement was made in response to President Joko Widodo’s direction, which wanted various problems in Papua to be resolved without weapons.

“This policy must be proven by withdrawing all non-organic TNI troops to unravel the escalation of violence,” he said.

According to Hussein, what is needed now is efforts to reduce violence and create a “humanitarian pause” in Papua. One way is to stop the armed contact between the government and the armed group that often occurs today. “This is to provide an opportunity for civilians affected by the conflict to return to their normal daily lives,” said Hussein. (*)

HERE ARE ISSUES DISCUSSED BY US AMBASSADOR AND PAPUA GOVERNOR