Students asked Freeport to be closed 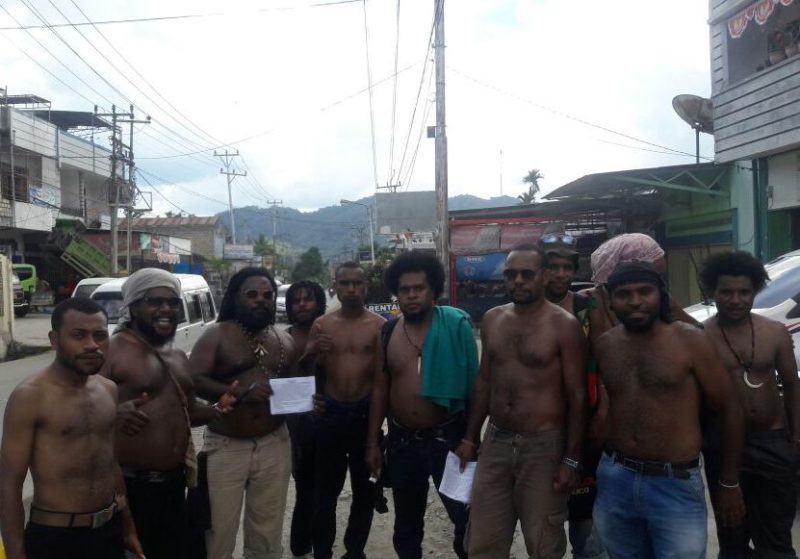 Jayapura, Jubi– People’s Union Front (FPR) requested for PT Freeport in Tembagapura, Timika to be closed. The request is to restore the rights and sovereignty of the people of Papua and prevent prolonged humanitarian conflict in the land of Papua.

“We consider the Government of Indonesia had failed to guarantee the wellbeing of Papuan people,” said Coordinator of the People’s Union Front (FPR), Samuel Womsiwor, Wednesday (November 21).

The uncertainty of livelihood and the future of Indonesian people is in questioned, thus it impacts the mobilization of Indonesian migrants to the land of Papua that is uncontrolled. “This is a problem that creates conflict in Papua,” add Samuel.

Samuel also mentioned the exodus of 344 non-Papuans who live in Banti and Kimbeli Villages in Tembagapura, Mimika Regency who turn out to be illegal immigrants in the region Tembagapura. It is caused, he said by the mistake of Indonesia’s state to grant power to own natural resources to PT Freeport up to 50 years.

“The profits had no significant impact for the people of Papua as the owner of Amungsa earth,” Samuel explained. It had produces waste, destruction of forest into mining land and has damage the social fabric of society.

The President of Cendrawasih University Executive Council, Paskalis Boma, requested that the country provide access to international journalists and media, for the sake of conflict objectivity in Tembagapura. “We ask the TNI and Polri to respect the journalistic code of ethics,” Paskalis said.

It aims for the sake of the balanced information developed in Tembagapura Freeport – Timika to be visible to the world without any cover-up.(tabloidjubi.com/Zely)

GempaR Rally to Urge Jokowi to Change His Policies