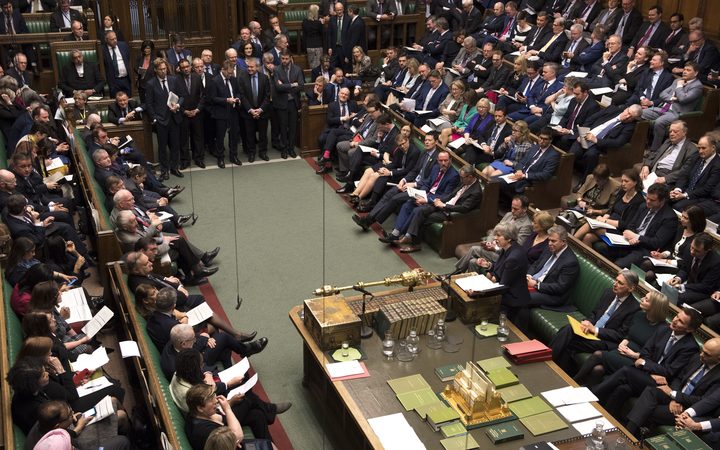 Papua, Jubi – British MPs have urged the government to do more to press Indonesia to stop human rights abuses and violence in Papua.

On Wednesday, the UK’s elected representatives in the House of Commons debated West Papua and its human rights problems.

As well as probing concerns about the ongoing military conflict in Papua’s central highlands, MPs discussed historical grievances which Papuans say undermine the legitimacy Indonesian rule in the region.

The debate heard about the issues at the core of West Papuans’ grievances with Indonesian rule.

Witney’s MP Robert Courts of the Conservative Party pointed out that West Papuans have the right to self-determination like every other human.

But he said it was difficult to conclude that the former Dutch New Guinea’s incorporation into Indonesia in the 1960s was carried out in accordance with international practice or captured the true democratic will of the West Papuan people.

“In the eyes of many West Papuans, the fundamental questions about the legitimacy of the so-called Act of Free Choice undermine the very legitimacy of Indonesian rule in West Papua.

“In the past 50 years, the West Papuan people have been subjected to serious human rights violations, which have only fuelled and heightened that sense of injustice.

“Those human rights violations include the repression of free speech and peaceful assembly, impediments to a free press, arbitrary arrest, and even cases of torture and killings, as we have heard.”

Democratic Unionist Jim Shannon of Strangford said the British MPs were using the debate to speak for a people who were otherwise denied both justice and a voice.

“The brutality of the Indonesian Government in cracking down on separatists has created an environment in which anyone suspected of supporting Papuan independence can become subject to human rights violations by police and security forces, including unlawful killing, torture and beating.

“Thus the rights of West Papuans to freedom of expression and peaceful assembly are heavily curtailed.

The debate zeroed in on the armed conflict in Papua’s Highlands between Indonesian military forces and the West Papua Liberation Army.

Indonesian military forces recently intensified their operations in the area after the Liberation Army massacred at least 16 Indonesian road construction workers in Nduga regency in December.

While the conflict rumbles on, with intermittent exchanges ongoing around Nduga, a humanitarian crisis has unfolded in this remote region.

“Innocent West Papuans are clearly not getting the protection they so badly need. They are being treated as legitimate targets by the Indonesian military. I want to talk about the use of white phosphorous. I believe that white phosphorous was used inappropriately.”

The British Minister for Asia and the Pacific, Mark Field, responded to the claim that Indonesia was using chemical weapons in the conflict.

“Our own investigations have not substantiated the media claims that it was used in violation of the chemical weapons convention. But I am more than happy to look at any additional written or other evidence.”

Robert Courts said that as a close and important friend of Indonesia, the UK should apply diplomatic pressure on Jakarta for improvements on human rights in Papua.

“Sadly, some 15 months on, that visit has not taken place, and the former UN High Commissioner expressed concern about that in his update to the 38th session of the Human Rights Council.”

The Minister said the UK was talking to Jakarta about its concerns.

“When I met the Indonesian ambassador to London in January, I raised those issues with him, and in the light of the contemporary violence in Nduga, where armed groups had attacked construction workers, resulting in the deaths of 19 people.

“We urged the Indonesian authorities then to ensure that any security response is proportionate.”

The minister acknowledged the MPs’ concerns about Papua, including regarding restrictions on media freedom and the detention of political prisoners in Papua, but said he was encouraged by Indonesian president Joko Widodo taking steps to address these problems.

Overall, the government is not about to advocate a new self-determination referendum for West Papuans

“I agree that the Act of Free Choice was an utterly flawed process, but I have to say to my hon. Friend the Member for Witney, and to the Chamber, that there is no desire in the international community for reopening the question. The UK, along with other members of the UN, supports Indonesia’s territorial integrity.” 15 seconds

Mr Field said the government would content to support efforts by the current UN High Commissioner for Human Rights Michelle Bachelet and her officials to arrange a visit to Papua.

He also promised the British government would continue to keep a close eye on the situation in Papua. (*)