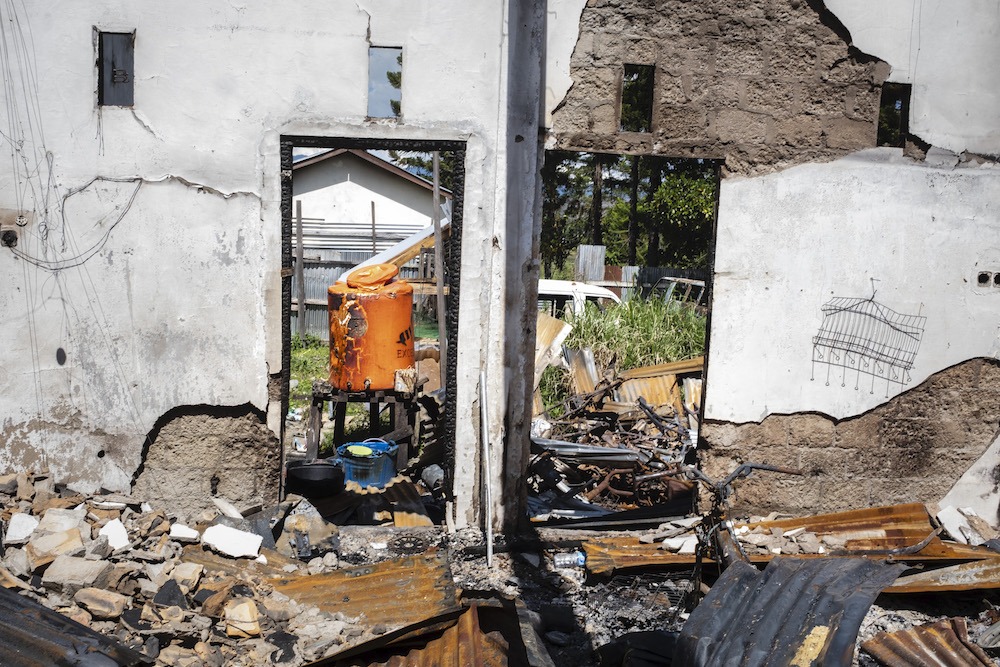 But what people want right now is to embroider the already-torn apart social relationship, to heal the wounds promptly. On the other hand, the government has many things to do if they want to rebuild a robust peace in society. The article is the fifth part of six articles of “Risking peace in Wamena”.

Those who dwell in the dark of sorrow

In the central area of Pisugi, the Rev. Simet Yikwa set his feet on the muddy pathway towards a silimo, a traditional housing compound of the central Papua highlands. “There, the body of Kelion Tabuni cremated,” he told.

The compound was quiet. Only a few men were inside. “We’ve just got back. Since 24 September, we have left Pikhe with our families. Today, only men started to return home, while women are still in the refuge,” said a relative of Kelion on 8 October 2019.

The Rev. Simet Yikwa then said the shooting of Kelion Tabuni (20 years old) on 23 September had triggered the burning of shops and stalls in Homhom. Before the incident, Yikwa said he saw the masses dressed in high school uniform was outraged and threw stones in all direction. They became violent after failing to infiltrate the police barricade in front of the Wamena Police Headquarters in Homhom Street, Wamena.

“They threw stones in all directions, but no one set a fire. After seeing Kelion Wenda get shot, they got angrier and took fuel in bottles displayed in front of the stall, then burned the stalls and shops in Homhom and Pikhe streets,” said the Rev. Yikwa.

Meanwhile, none of Tabuni’s relatives knows how could be there. He just returned to Papua from Manado at the end of August and arrived in Wamena only two weeks before the riot.

His uncle Tianus Jikwa said Kelion was supposed to join him in gardening on 23 September morning. “I reminded him about it on Sunday evening. But he went to Homhom. We didn’t know what had happened. We just heard that he was hot at noon. Some relatives brought his body from Homhom to here on foot. They arrived at 4 in the afternoon,” said Tianus Jikwa.

Kelion Tabuni died with a bullet hit his stomach that pierced his lower back. Those who brought his body home told that he was shot near the campus of the Social and Political Science College of Amal Ilmiah Yapis in Homhom Street. They immediately took his body and brought it to Pikhe. This is why his death not recorded in the database of victims released by police.

His relatives testified that there were no other injuries except the gunshot wound. “We cremated his body on 24 September 2019 at around 1 p.m. Then, in the afternoon, we fled,” said Tianus Jikwa.

Meanwhile, the family of Niligi Wenda also dwelled in the same grief. Niligi Wenda is a shop’s security guard in Homhom area. “It was his day off. But when he heard about the riot that occurred in Pasar Misi, Wouma, he came to see it. He didn’t bring anything at that time, but he got shot on his chess instead,” said his relative to Jubi on 8 October 2019.

Like Tabuni’s relatives, Wenda’s relatives are also afraid to report Niligi’s death to the police or government. They worried if they said it, the police would accuse Niligi as a rioter. 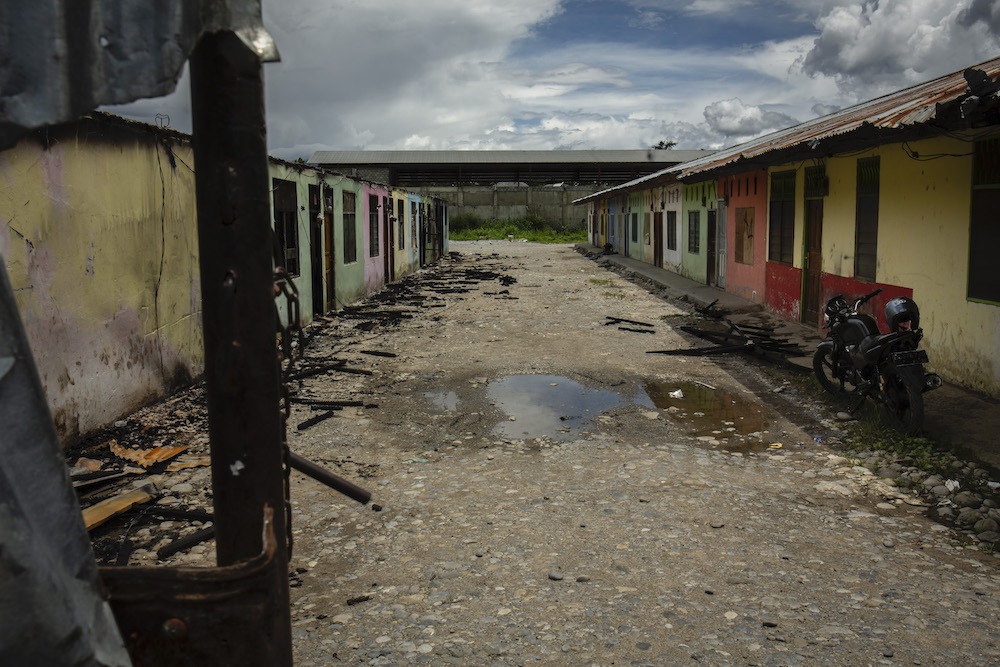 Another family in Wesaput also mourned by the death of Eles Himan (25 years old). Himan was the last semester student of the Social and Political Science of Amal Ilmiah Yapis who shot dead while on campus. His relative Iton recalled that Eles left early in the morning on 23 September 2019 to finalise his final thesis for a prerequisite of graduation. He wanted to attend the graduation scheduled on 5 October 2019.

“On that Monday, Eles left Wesaput at around 7.30 a.m. He brought a backpack containing all relevant documents to his thesis, ID card, smartphone, saving account book, and a letter of appointment stated his position as a facilitator of Village Fund program in Yahukimo Regency. After he was leaving, we heard a riot occurred in Homhom. We tried to call him since 9 a.m. but only heard a waiting tone. He never received the call,” said Iton.

His relatives then came to the Jayawijaya public hospital in Wamena on the morning of 24 September. “The family found his body in Room 1. The nurse said Eles was the last victim received by the hospital on 23 September. The police brought his body and arrived at the hospital at around 8.16 p.m. We didn’t know that he was shot. We only knew that he went to school for taking care of his thesis and graduation day. Why he must be shot?” regrets Iton.

Moreover, Iton said Eles Himan died because of a shot on his hip. “The bullet was still there, and no other wounds found on his body. But both his neck and shoulders were swollen, as well as his arms and legs. We cremated his body on 25 September,” said Iton pointing Eles’ grave located in the back of the silimo.

Separately, Jubi found another dead victim named Nisaba Himan. Some residents testified that his body found in Pisugi with a gunshot on the chess. Both the police and council have not yet included his name in their records.

In a massive rampage like what had happened in Wamena, it was not easy to trace the whereabouts of all victims. “We are worried that the number of dead victims could be even more, given that many injured victims are afraid to go to the hospital. We should find and trace all the victims. By this way we can start the process of reconciliation,” said Domikus Surabut, the Chairman of the Papua Customary Council of Extraordinary Congress. (To be continued)