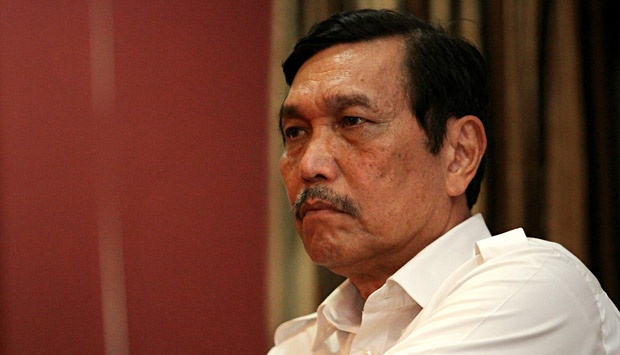 Jayapura, Jubi/BenarNews – Since the Special Autonomy Law was ratified in 2001 on the land of Papua – both Papua and Papua Barat provinces – the Central Govenrment has delivered Rp 42 trillion to both regions. However the development has not been marked on this land.

“In 2002-2015, the funds (for Papua) was nearly Rp53 trillion, special autonomy fund was Rp42 trillion and infrastructure funding was Rp 12 trillion. So, where were those funds go?” said the Minister of Politic, Legal and Security Affairs Luhut B. Pandjaitan.

He conveyed the statement during the meeting to discuss Papua and Papua Barat Special Autonomy Fund with the Commission I of the Indonesian House of Representative in Jakarta few times ago. He said the amount of funds delivered to Papua and Papua Barat was not in small amount, but until now good quality infrastructure has not been seen in Papua.

His statement has made the Papua Governor Lukas Enembe furious; because it seems blaming the local authority is not capable. Because of this accusation, he also thought better to return the fund to the Central Government.

Because, Enembe said, the Special Autonomy Fund is too small and do not give benefit to the development in Papua. Even the fund has profited as a political commodity by the Central Government to intimidate both provincial and regional/municipal governments in Papua.

“It seems the Central Government have teased us. Instead it becomes a political issue to discredit the government’s officials in Papua, we better return it. Better we manage our natural resources by our own,” Enembe told BeritaBenar on Sunday, 21 February 2016.

Enembe believes the constraints on the ground has made the regional heads in Papua encounter many challenges to be able in managing the fund properly, and in fact it often leads to legal problems.

“Special autonomy funds is too small, if I delivered Rp100 billion to each regencies, it’s only enough to build two bridges in the highland areas. So it’s not very useful,” said Enembe.

But Robert Jitmau, activist representing Solpap (Papuan Traders Solidarity) considered the governor’s intention to return the special autonomy fund was not logic. He said it was likely admitting the inability of local government in managing the fund.

“If the provincial government wanted to return it, it must have a reason. If it felt being intimidated by the Central Government through statement not capable to manage the special autonomy fund, it’s not logical. We knew the use of fund must be reported,” he said.

Officials Leave Their Base Often

According to the Minister of Politic, Legal and Security Affairs, the special autonomy fund has not well managed because the majority of Papua government’s officials often left their office. They are more often staying outside of Papua, mainly in Jakarta.

“Almost 60 percent of government’s officials in Papua leave their office. How could they manage the fund properly? Where is the Central Government’s fault? So, actually their management is not proper,” said Pandjaitan as cited by several media.

His statement obtained serious respond from Paniai Customary Council Chief John Gobai. He agreed Papuan officials frequently traveled outside of Papua for days, even for months. However he thought it must be considered wisely.

“As far I knew, they traveled to do lobbying with the Central Government, either for development or region extension funds. Dragging money with money, that’s their terminology. The officials were frequently in Jakarta, but we can blame at one party,” said Gobay.

Therefore since last week, Enembe has instructed to government’s officials of Papua Province to not leave their office during the audit by Finance and Development Supervisory Agency (BPK) Papua Region.

“Starting now no one allowed to answer the invitation from Jakarta. No need to go to Jakarta (because) it’s all nonsense,” he said.

Special Autonomy Law Will Be Interrupted?

“No matter how much amounts delivered to Papua, it means nothing without policies and authorities given to the local government,” he said.

He took example of some infrastructure projects that should be done by regional government but taken over by the Central Government, such as the construction of market for Papuan traders.

“It seems the Special Autonomy Fund would be interrupted. The authority would be taken over by the Central Government. The infrastructure funding for Papua has been reduced. Now it seems taking over some stuffs too,” said Wonda.

Deputy Chairman of the Commission I of the Indonesian House Representative from Golkar Party, Tantowi Yahya, expected the Papua problems could be resolved without raising new problem. “I am concerned with the way government did to deal the problems in Papua,” he said. (Victor Mambor)

Child poverty is the highest in Papua and West Papua