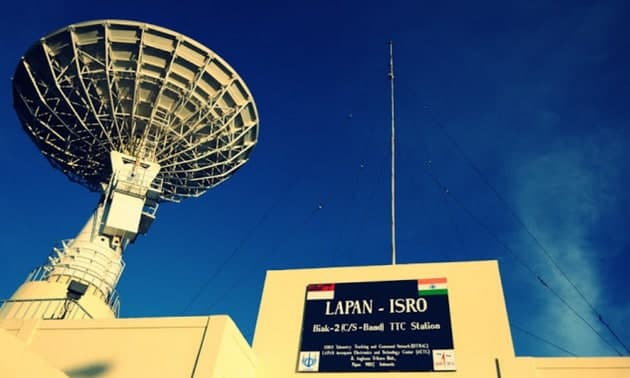 A LAPAN facility in Biak Island.

Jayapura, Jubi – A lawyer who is based in Biak Numfor, Imanuel Rumayom, reminded the central government, provincial administration, and other institutions to give a clear information to indigenous people in Biak Numfor Regency, in West Papua, regarding the plan to build SpaceX launchpad on Biak Island.

He said the people had yet to decide to accept or reject. “How can we decide if the government hasn’t given the people clear information?” said Imanuel, a lawyer at Legal Aid Institute (LBH) Kyadawun who is also a human rights activist, on March 30, 2021.

He said the people, including the indigenous people, needed to be informed about the studies on the impacts of the rocket launchpad.

On Dec. 12 2020, the office of the Maritime and Investment Coordinating Minister, Luhut Pandjaitan, issued a press release, saying that President Joko “Jokowi” Widodo talked with CEO of Tesla, Elon Musk, to seek cooperation.

Besides talking about cooperation on electric vehicles, Jokowi also invited Musk to come to Indonesia in January 2021, to consider Indonesia as a site for a SpaceX launching pad, the release said.

On Dec. 12, 2020, a media outlet, detik.com, published an article quoting Thomas Djamaluddin, the head of the National Institute of Aeronautics and Space (LAPAN). Thomas said LAPAN had prepared Biak Island for a launchpad that could be offered to international companies to launch rockets.

He said in 2019, in an event called Space Symposium, “Jokowi offered Biak for SpaceX launchpad”, and he said Musk responded “positively”.

In March 2021, however, the spokesperson of the Maritime and Investment Coordinating Minister denied that Jokowi ever mentioned Biak to Musk.

In 2019, a LAPAN officer told kompas.com that Indonesia would build their first “spaceport” in Biak Island. LAPAN is the only space authority in Indonesia.

Rumayom said the location for the launchpad was likely on a 100-hectare land in Saukobye Kampung in North Biak District in Biak Numfor Regency. He said he had never been informed about studies on the impact of such spaceport in the kampung.

Read also: A survivor of Biak Massacre: Don’t stop us commemorating the victims of the tragedy

There was a reference, he said, that said within the radius of 30 kilometer from the spaceport, there should be no residential areas. “If that is true, I can be sure that a lot of people would have to be moved,” he said.

The main secretary of LAPAN, Erna Sri Adiningsih, said in mid March in Jakarta that the spaceport construction will begin this year, first with environmental impact analysis.