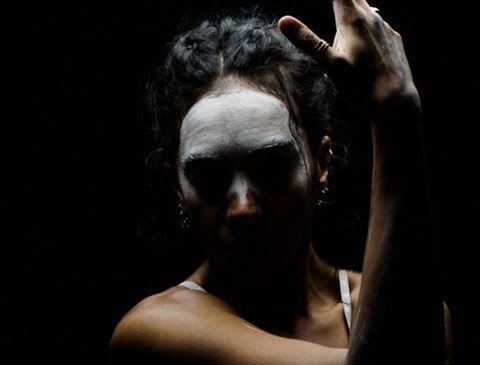 Auckland, Jubi – The Tempo Dance Festival season of ‘a world, with your wound in it’ has a specific focus on the ‘Free West Papua Movement’ and their fight to end Indonesia’s violent 50 year occupation of West Papua, whose death toll is currently numbered at over 500,000.

‘A world, with your wound in it’ is a redeveloped solo dance-theatre work from Pacific artist Jahra Rager Wasasala and her collaborators.

The cross-disciplinary work embodies the complex relationship between the earth and the indigenous female form through performance.

Within this concept, Jahra explores the realm in-between being a vessel for other voices, traditions and ideologies whilst still attempting to reclaim a human-sense of autonomy over one’s possessed physical form.

Utilizing the mediums of contemporary dance-based movement, spoken poetic text, unique costuming and featuring an art film from acclaimed Pacific artist Pati Solomona Tyrell, ‘a world, with your wound in it’ is a politically potent multidisciplinary work that explores Pasifika diaspora, boldly dissects the world through a woman’s body, and serves as a ‘translator’ for the daughters and sons of the severed tongues.

It will be performed two days from 14 October to 15 October 2017 every evenening in Q Theatre, 305 Queen St, Auckland CBD.(tempo.co.nz/Zely)