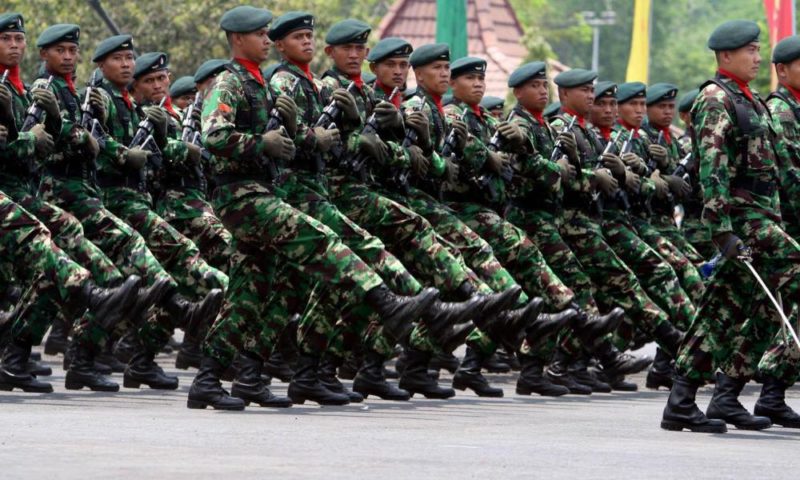 Jayapura, Jubi – A soldier in West Papua Province, identified as could face a long jail term and dismissal from the military if found guilty of murdering a pregnant mother Freli Dian Sari (26) and her children Cicilia Putri Natalia (6) and Andhika (2).

“If he was found guilty by court, he would not only be fired from the Military but also be punished by civilian law. Though he is Military personnel, he is also the Indonesian citizen who the law is applied against him,” he said Military Information Chief Colonel Infantry Teguh Pudji Raharjo told Jubi on Monday (5/10/2015).

The soldier, identified as SJ, is a member of iInfantry Batalion 752 Teluk Bintuni.

He also added the suspect go through an investigation which includes examination of witnesses and evidence.
“There must the witness and evidence to conduct the legal process according to the existing law. So, the process is still long because it’s not just over once the investigation is completed,” he said.

He also said the Military is also taking this case seriously.
“The process is almost leading to find the suspect, but now we are still examining the witness and evidence. The National Human Right Commission for Children also has come to ensure the process of investigation and they are satisfy because we have worked to the maximum,” he said.

Earlier, the Cenderawasih XVII Commander Major General Hinsa Siburian said SJ was detained by Jayapura Military Police. “Currently it is still pointing at him. We can develop the process after questioning him. He is now secured and transferred to Jayapura Military Police for intensive investigation,” Major General Siburian said at Papua Police Headquarters on Monday (21/9/2015).

According to him, applying the presumption of innocence, the Military would investigate and process this murder case in collaboration with the Police. “We will process it in collaboration with the Police. We will reveal it once we get the result of laboratory,” he said. He also said the initial information received by Military said before the incident; this culprit was drinking alcohol with five civilians until dawn. He was concerned commit the murder under the influence of alcohol. (Roy Ratumakin/rom)