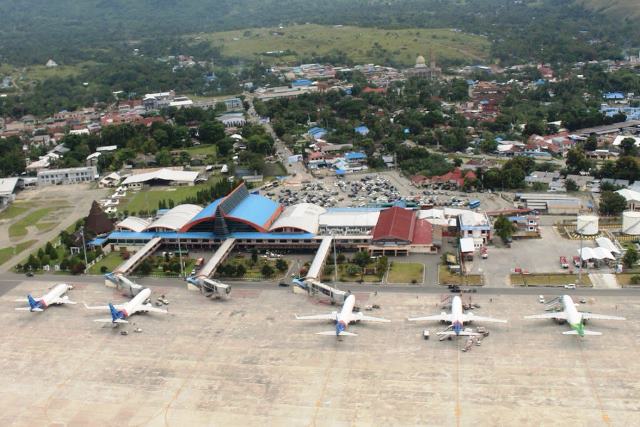 Illustration of the Sentani Airport. - the courtesy of Jubi

Illustration of the Sentani Airport. – the courtesy of Jubi

Jayapura, Jubi – Some aircraft flew from Jakarta to Jayapura that scheduled arriving at Sentani Airport on Saturday (14/12/2019) had to reverse landing at other local airports in Merauke and Timika.

“All aircraft to Sentani Airport asked by the airport authority to temporarily make a divert landing to near local airports. Garuda Airlines flying a regular route to Sentani from Jakarta had to return to Timika for landing. Another plane with a flying route of Jakarta-Jayapura-Merauke had to skip Jayapura and flew directly to Merauke. The aircraft is still on waiting to fly to Jayapura from Merauke because the Sentani Airport was reportedly under investigation,” said Timo Marthen, a journalist from Jubi, who was a passenger of Lion Air flying from Jakarta to Jayapura on Saturday morning.

He admitted that the plane, which he was in, suddenly changed its direction to Merauke instead of Jayapura where it previously scheduled for landing at the Sentani Airport.

“I saw some planes carrying the Brimob personnel at the airport. Perhaps, they wanted to go home to their respective regions,” said the passenger while calling the name of the aircraft that transporting the Brimob troops.

Regarding this temporarily landing divert, the Jayapura Police Chief Victor Makbon said there was a clean-up at the Sentani Airport.

There was a clean-up (at the airport). But now, all aircraft can (be landed),” said the police chief Makbon without specifying what sort of cleaning activities done at the scene. (*)

DRAFT LAW ON SPECIAL AUTONOMY PLUS DENIED, NO REFERENDUM