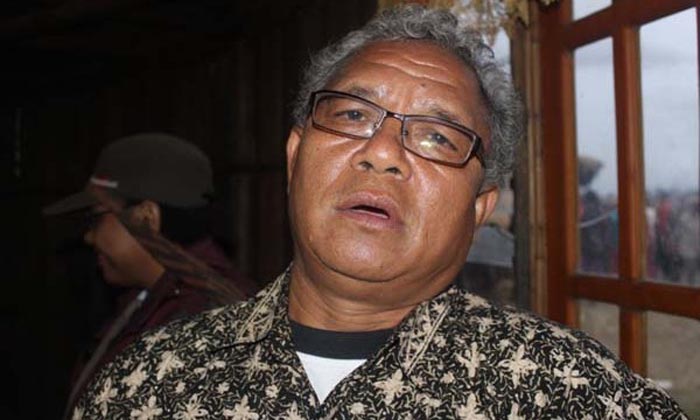 Wamena, Jubi – A human rights activist in Central Highlands, Pater Jhon Jongga, urged both the military and the police’s top brass to control their personnel with guns.

The weapons are the state’s instruments to protect people and should not be used to shoot them instead.
“I think it’s a mistake if the officers were overpowering in using the weapons. I am going to tell the Military commanders as well as Police chiefs to control their personnel who carrying guns. Because it is for protecting people and not for random shooting,” Jongga said in Wamena on Wednesday to respond two shooting incidents against students in Timika, Mimika Regency.

He said, if those personnel couldn’t be strict by the rule, they shouldn’t carry the weapon all the time. The last shooting incident in Timika was a huge mistake and totally unacceptable by the entire Indonesian citizens. Moreover, the similar case was just occurred in Timika in last August.

“If they could not be discipline, they must not walk to the market or anywhere by carrying weapons. Because if there is a misunderstanding, they could not possibly control their emotion; then they might shot people. Moreover, if those personnel were drunk, carrying weapons could be worst. I just think it’s not right,” he said.

According to him, on Monday evening (28/9/2015), two vocational school students, Kalep Bagau and Fernando Saborefek , were allegedly shot by police officers at Gorong-Gorong, Timika. “The last shooting was perpetrated by Military personel, and now in the same date, the same place, the police officers did the same thing. Well, I think it was happening because the commanders have not yet controlled over their personnel, so they might not regret on what have they done. It is about shooting a human, moreover it was happened in town. So, those institutions must be stricter in taking control or giving legal sanction over their personnel. I insist it,” he said.

Meanwhile, the Papua Police stated it would involve a team of Central Forensic Laboratory to investigate the shooting that allegedly perpetrated by police officers which killed a student and injured the other at Gorong-Gorong Timika, Mimika Regency on Monday evening (28/9/2015). The Papua Police Chief Inspector General Paulus Waterpauw said the involvement of the Central Forensic Laboratory team is needed in order to determine the type of bullet and weapon used that cause fatalities. (Wsai H/rom)

Violence Is Not the Way to Keep Papua within Indonesia