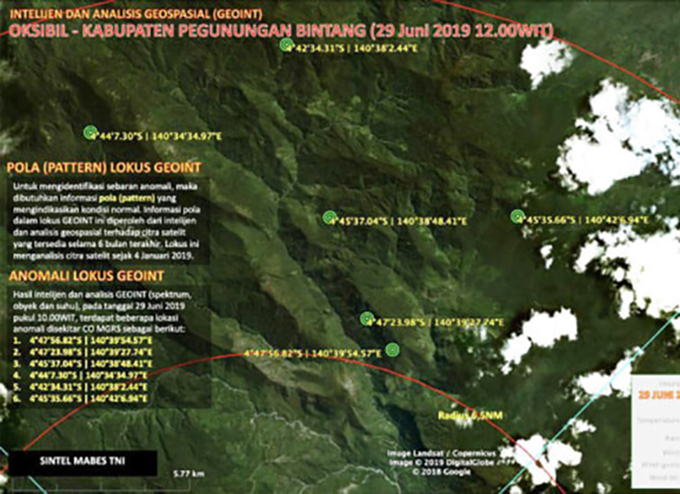 Papua, Jubi – The search for the missing Indonesian military Mi-17 helicopter, which disappeared on Friday, continues around the Mol and Aprok mountains near Jayapura, Papua, Jakarta news media reported today.

“We are currently searching over ground and air, with a helicopter unit dispatched as well,” said Lieutenant-Colonel Chandra Dianto of the Jayawijaya Military Command as quoted by Antara.

The search was halted yesterday afternoon and was expected to be continued today, reported the Jakarta Post.

The ground team had climbed the Mol and Aprok mountains and reached 762m above sea level.

Chandra also said that the air search had covered the route the Mi-17 had used to return from Oksibil.

The local air traffic control lost contact with the Mi-17 helicopter at the same time as a cumulonimbus cloud suddenly appeared over the district of Oksibil in the Bintang mountains, according to the Meteorology, Climatology and Geophysics Agency (BMKG), region V, of Jayapura.

A cumulonimbus cloud is considered dangerous as it possesses elements that could disrupt flights.

The Mi-17, registration number HA-5138, carried 12 passengers and air crew who were assigned to Okibab prior to the incident. The flight was carrying supplies for on-duty soldiers in the region.

RNZ News reported that rescue efforts were focused on the mountainous Pegunungan Bintang regency on the Papua New Guinea border.

A military spokesperson, Muhammad Aidi, said four helicopters and a surveillance aircraft are being sent out today. (*)