Wamena, Jubi – Rescuers continue the search for eight people believed buried after a landslide at Yalimo Regency on Monday morning (24/8/2015).

The missing people were PT. PAB employees identified as Ardi Padidik, Yoseph Nussy, Versus Peon, Yopi Kepno and two residents Lasarus Wantik and Wilumus Wanti, truck drivers Ismail and Ferdy. Jayawijaya Police Chief Adjunct Senior Police Commisionaire Ronny Thaba confirmed to reporters on Tuesday (24/8/2015) that he and his officers are currently still on the scene.
“The eight victims are consisting of seven adults and a child. The incident was happened on Sunday night and damaged three trucks, 2 pick-ups and an excavator. All victims were been sleeping in a camp belonging to PT. BAP when the incident was occurred,” he said.

Currently the police and military personnel as well as local residents are still doing a search on location. He said currently the rescue team needs someone with special skills and full-equipment for the search. If it continues by hand, it’s worried raising another victims considering mud and strong river stream. (Islami/rom) 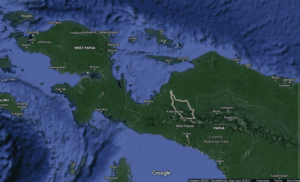 TPNPB demands international intervention in West Papua, or else… 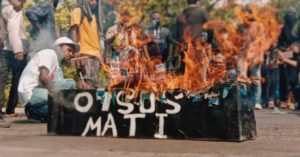