Who is responsible for Mako Tabuni’s death? 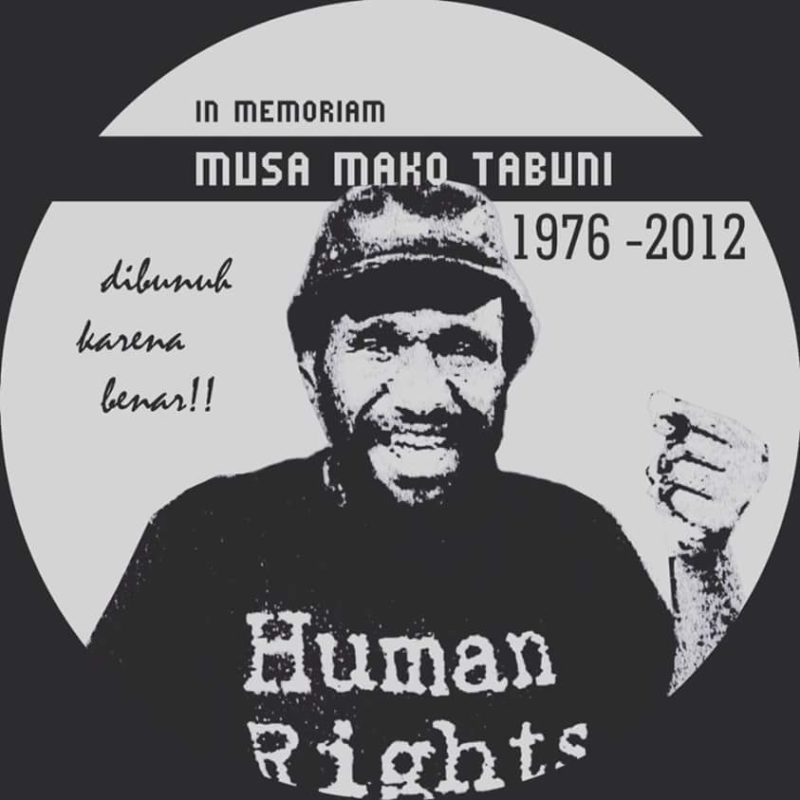 The late Mako Tabuni, the Papuan fighters were killed at 9:30 AM in Perumnas III Waena, Jayapura on June 14, 2012.

The family of Mako Tabuni, Aseal Wenda when he visited Jubi’s office said there is no legal justice or certainty over the death of former chairman of West Papua National Committee (KNPB) until today. “It seems wasting time to look for justice,” Wenda said, feeling that there was no legal liability for Mako Tabuni’s murder.

“Since May 1, 1963 until now there is no victim of human rights violations in Papua who got certain degree of justice under the law of Unitary State of the Republic of Indonesia (NKRI),” said Asel Wenda to Jubi, Tuesday (June 13).

Wenda says justice for victims is only exaggerated as an issue but there is no legal certainty.

“We do not demand justice under NKRI law, since sacrifice of the people of Papua does not bear fruit of justice. It is almost impossible to get legal certainty for victims of military violence in Papua because they have been accumulated,” he said.

He wonders how the state will be able to provide legal certainty and justice for the death of the late Mako Tabuni while the bloody Wasior case and the Bloody Paniai case on December 8, 2014 remain idle.

“We are living in the Republic of Magic, everything can be transformed, which nothing actually solves and settled,” he wrote recalling Mako Tabuni.

The Report of Kontras (Commission for the Disappeared and Victims of Violence) on June 13, 2001 suspected Brimob Police Officer of Papua Police to have carried out a raid on the villagers in Wondiboi Village, Wasior, Manokwari, West Papua. The raid was triggered by the killing of five Brimob members and one civilian of PT Vatika Papuana Perkasa company. Four people were killed, one was sexually abused, five were missing and 39 were tortured.

“16 years the case of Bloody Wasior has passed without a complete settlement by the state. The case of Wasior is one of the few cases whose root problem is the Natural Resources Conflict. We question the commitment of law enforcement on cases of Wasior and cases of natural resource conflict and human rights abuses in Papua, ” John Gobay said at a press conference commemorating the 16th anniversary of Bloody Wasior.

While in Jakarta, Siti Noorlaela, Commissioner of Komnas HAM’s Sub-Commission for Monitoring and Investigation, acknowledged one of the obstacles to the completion of gross human rights violations cases in Papua, including Wasior and Wamena case, because the Coordinating Minister for Political and Security Affairs (Menkopolhukam) was occupied by people with problems in human rights.

According to her, Wiranto who was given the responsibility by the president to resolve the case, along with his expert team, refused to acknowledge the incident. “We were very surprised. So this is a setback, ” she said. (*)

Women are asked to report violence