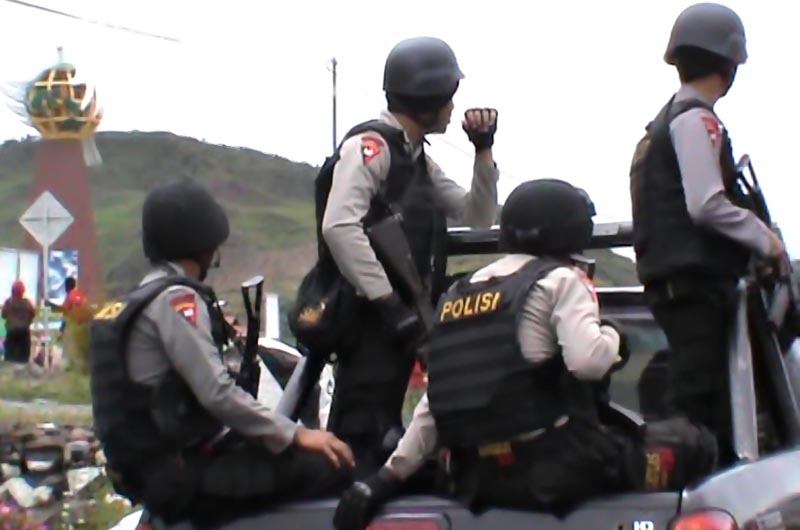 Jayapura, Jubi – A recent spate of shooting incidents and other violence in Papua since President Joko Widodo assumed office last year should prompt him to evaluate the government’s policy in the region, said a councilor.

A member of Commission I of the Papua Legislative Council for Politics, Government, Legal and Human Right Affairs, Laurenzus Kadepa said Papua local leaders including governor, regents and majors, as well as provincial and regional legislators need to take prompt action and urge the president to reconsider security measures in Papua.

Since the last incident which killed four high school students and wound dozens of civilian at Enarotali, Paniai on 8 December 2014 was occurred, series of violence were respectively happened in Papua, namely in Yahukimo, Dogiyai, Tolikara and twice shooting incidents in Timika in the recent month.
“In the first case, two civilians was shot dead and four others were wounded in the shooting incident allegedly perpetrated by military personnel, while in the second case, the police officers were suspected to shot dead a teenager and injure the other one. If necessary, local legislators and governments in Papua should urge the president to pull the military which the number is excessive out of Papua,” Kadepa told Jubi by phone on Thursday (1/10/2015).

He said the young generation is a national asset, the next generation. The question is why do they becoming target of shooting by the Military/Police over the years? What is the reason behind it?

The security force, he further said, would no longer be counted in tackling and uncovering those cases. Moreover, it has connection with their image. Kadepa doubted those cases could be uncovered transparently. “The local leaders shouldn’t be silent about this situation. This inhuman act must be stopped. State must pay attention and not being silent when civilians in Papua always become a shooting target of Military/Police. Papuans are also the Indonesian citizens,” he said.

The Chairman of Golkar Fraction of Papua Legislative Council, Ignasius W Mimin earlier said Papuans always become victims of injustice. They were chased, shot and killed, though they are part of this country. “Where is the State? If it happens all the time, where are they going? They were chased and killed on their own land. Until when are they going to scarify?” said Mimin on the earlier week.

According to him this situation has made the Papuans feeling not safe on their land. Many stigmas have always been connected with Papuans. Until when are they going to be treated like this? (Arjuna Pademme/rom)