Wamena, Jubi – President of the Evangelical Church of Indonesia (GIDI) Dorman Wandikbo has asked all parties to create a peaceful atmosphere as Christmas is near, hoping that all the people in Papua could celebrate and enjoy Christmas in peace instead of chaos since armed conflicts have been escalating in several parts of Papua this year.

“No one should disturb the peace during this holy month, not even the security forces. There should be no additional movement from the security forces until we enter next year. Because everyone wants a calm and peaceful Christmas,” said Wandikbo after inaugurating the Yerussalem Danggena GIDI Church in Wollo District, Jayawijaya Regency, on Tuesday, December 21, 2021. 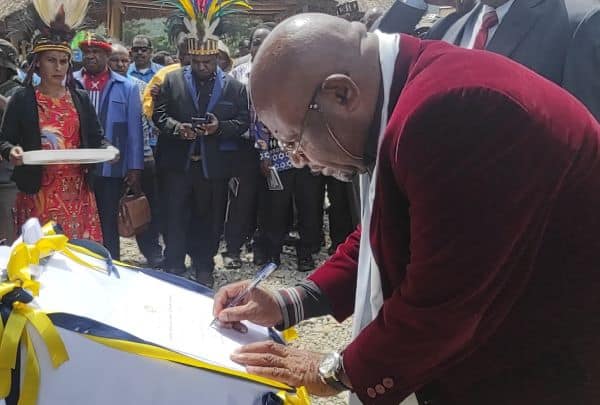 From Merauke Regency, a Catholic religious leader, Hendrikus Kariwop, invited Christians and the Merauke community in general to maintain national unity and religious harmony. He said that Christmas should be free from conflicts.

“Let’s stop the hatred toward differences. Differences should be seen as a blessing, not a threat,” Kariwop added.

Moreover, Wandikbo mentioned that there were still many people in various regions of Papua who were about to celebrate Christmas in evacuation camps, such as the displaced people in Suru-Suru District, Yahukimo Regency; Nduga Regency; Ilaga District, Puncak Regency; and other areas.

“Today we can enjoy Christmas in Wollo. However, our brothers and sisters in Suru-Suru, Nduga, and Ilaga cannot. There are still those who fled their hometowns. The displaced people cannot enjoy Christmas. They are in the forest,” he said. (*)