Potential loss of revenue from Freeport has reached 6 trillion rupiah 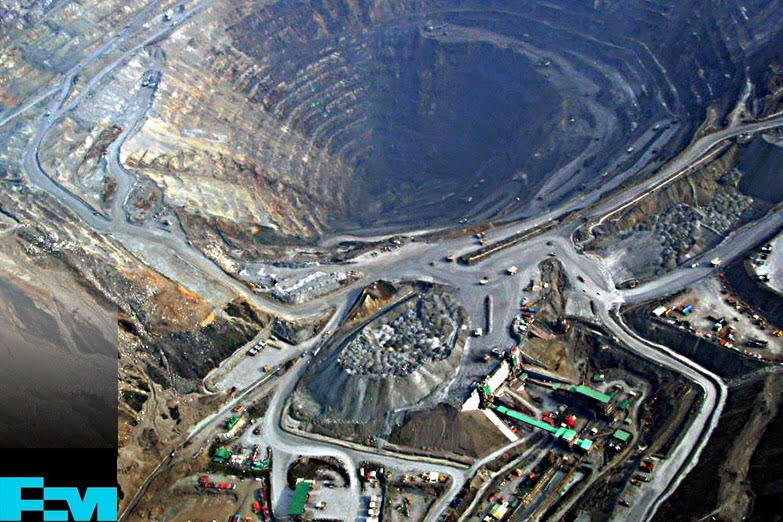 Supreme Auditor IV BPK Saiful Anwar Nasution said the Government through Government Regulation Number 45 Year 2003 as already amended by Government Regulation Number 9 Year 2012, has determined the amount of fixed contribution rate, royalty and additional royalty, but PTFI still uses the tariff stated in Contract of Work (CoW) which amount lower, and not adjusted to the latest tariffs according to the government regulations, thus resulting in the loss of potential PNBP.

“According to the BPK, the royalty must be in accordance with the PP, but it has been fixed, while the fix it too late,” said Saiful during a discussion at the BPK Office, Jakarta, Tuesday (October 3). The main problems, one of which is internal control in the Freeport Indonesia Contract of Work includes the implementation of policies that result in the loss of potential revenue.

“The potential is not really a material loss, if we do not do something, it could be a loss, so we recommend not to deposit it first, we recommend it to do something first, otherwise it is called a state loss” Saiful said.

Inspection of PT Freeport Indonesia (PTFI) Working Contracts (PTFI) for 2013-2015 is conducted at the Ministry of ESDM, Ministry of Environment and Forestry (LHK) and other relevant agencies. The examination of PTFI COW 2013-2015 aims to assess PTFI’s compliance with its tax obligations, non-tax revenues (royalties and fixed fees) as well as export duties, assess compliance with environmental regulations and examine whether PTFI’s extension of contract and divestment PTFI’s shares have been in compliance with the laws and regulations.

The examination results of PTFI CoW concluded that the management of mineral mining at PTFI has not been fully implemented in accordance with the provisions in place to ensure the achievement of the principle of sustainable and environmentally sound natural resource utilization for the greatest prosperity of the Indonesian people.

The conclusions are based on the weaknesses occurring in the PTFI CoW from the aspects of state revenue, the environment, the extension of work contract and divestment of shares, whether related to internal control or compliance with the provisions of the law.

Based on the BPK data, the examination results of PTFI KK in 2013-2015 revealed 14 findings containing 21 problems. These issues include 11 weaknesses of the Internal Control System (SPI) and 10 non-compliance with statutory regulations valued at 181.45 thousand US dollars, or equivalent to Rp2.41 billion.

Earlier, in 1967, the Government of Indonesia signed a first generation agreement with one of the companies from the United States. The COW Agreement was renewed to the V-generation KK in 1991. PT Freeport Indonesia’s working areas include Blocks A and B which are spread over seven districts in Papua Province.

In the period 1967-2015, PTFI experienced several changes in the composition of shareholder ownership. As of December 31, 2015, 81.28 percent of PTFI’s shares are owned by Freeport McMoRan (FCX), while the Government of Indonesia and Indocopper each have 9.36 percent. But to note, Indocopper shares are wholly owned by FCX.

The issuance of Law Number 4 Year 2009 on Mineral and Coal Mining becomes the strong legal basis for the government in encouraging companies to develop and increase the added value and benefits of mining business activities optimally. In accordance with the mandate of Article 169 paragraph (2) of Law Number 4 of 2009, the provisions in Article PTFI CoW shall be adjusted (renegotiation) with the Government of Indonesia no later than 1 (one) year since its enactment.

Since 2010 KK renegotiations have been implemented by several government-formed teams. In 2015 the results of the renegotiation emphasize on six strategic issues, namely the area of ​​work, the continuation of mining operations, the state revenue of processing and refining obligations, divestment obligations and liability of the use of goods, services, and domestic labor.(Antara/Zely Ariane)