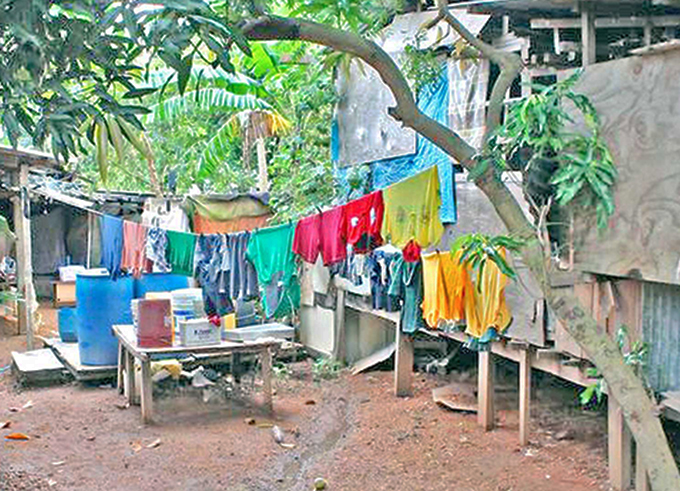 Papua, Jubi – About 250 West Papuans have been served notices of eviction to leave their settlement in Port Moresby, reports The National.

National Capital District Commission officials, escorted by police officers, handed the settlers demolition orders last Thursday and told them to leave their home in the suburb of Rainbow where they had lived for 11 years.

Communal leader Elly Wangai said that some of them were now PNG citizens after former Prime Minister Peter O’Neill allowed them to gain citizenship without paying the K10,000 application fee.

“But unlike other PNG citizens, we don’t have any land to go to. When we were given citizenship, the government did not give us land to settle. And this is the fifth time we have been evicted since 2007.

“We were first evicted from 8-Mile settlement and we settled outside the United Nations High Commission for Refugees (UNHCR) Office at Ela Beach.

“Then we moved to the Boroko Police station. Then to Apex Park at Boroko and now to here.”

Wangai said they were willing to move from the settlement.

“This is a drainage area and we know that and we will move. But we want NCDC to provide land for us.

“If NCDC can evict other PNG settlements from 2-Mile and resettle them at 6-Mile, they should do the same for us.”

Wangai said they had once been given land at Red Hills in the suburb of Gerehu.

“But when we went there, developments were already taking place.

“So we had to return here. Since we were given eviction notices, our children were traumatised and did not attend school.

“Our mothers who are involved in small economical activities like selling doughnuts and ice blocks have stopped.

“They are finding it hard to earn money to look after their family. If we are given land to move, we will be confident to live our daily lives.”

According to ABC, Port Moresby Governor Powes Parkop was unaware of the move to serve the demolition orders or what had prompted it.

A vocal supporter of the West Papua cause, Parkop said he would work to stop – or at least stall – the process to carry out the demolition orders, and fulfill his promise to find the settlers a permanent home.

“I hope I can sort it out soon and get proper allocation of the land so they’ve got security and can build a future.” (*)