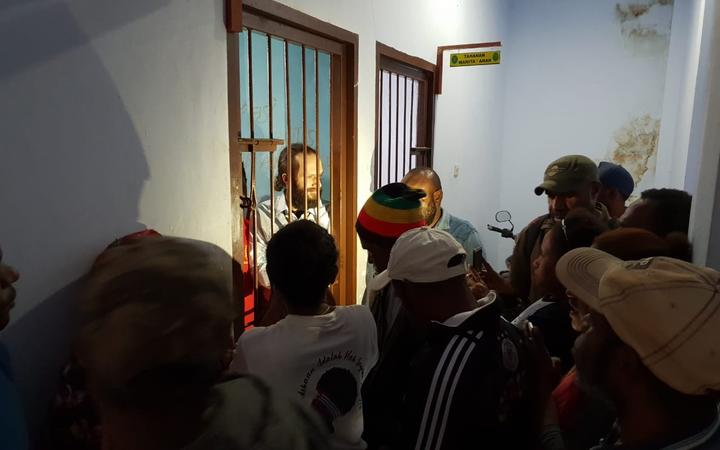 Papua, Jubi – A Polish man imprisoned in Indonesia’s Papua province for treason says his government has been of little help to him.

Jakub Skrzypski was in May jailed for five years after an Indonesian court said he had plotting to sell arms to the West Papua Liberation Army.

A spokesman for Poland’s Ministry of Foreign Affairs says the country’s consul in Jakarta has stayed in contact with Skrzypski and his lawyer since his arrest last August.

He says the case has been repeatedly discussed at the diplomatic level, including between the Foreign Affairs ministers of Poland and Indonesia.

But speaking through intermediaries from his cell in remote Jayawijaya regency, Skrzypski says he’s had no contact with his government, who he claims has been ineffectual.

Previous cases involving Swiss and French citizens arrested and detained in Papua resulted in swift intervention by their respective governments, and their release.

Skrzypski, who maintains his innocence, says the Polish government has not been able to affect any improvement in the squalid cell conditions he is languishing in.

An experienced tourist who has travelled extensively in Indonesia, Skrzypski has a six-year old daughter in Semarang. He had hoped to be transferred from incarceration in the remote Papua Highlands regency to a prison on Java, but Poland’s consul has made no headway on this front.

Because the main prison in Jayawijaya’s capital Wamena was deemed over-crowded, Skrzypski has been kept in the local police cells, where detainees were never allowed outside.

He conveyed to RNZ Pacific that his imprisonment was about him being made an example of. Skrzypski said the refusal of certain witnesses to appear in his trial did not help his case. His co-defendant Simon Magal was given a four-year jail sentence.

In Warsaw, the Polish government has been petitioned by a group of citizens to take steps to enable Skrzypski’s liberation. The petition quotes alleged procedural errors made by Indonesian prosecutors and lighter sentences given to legitimate independence activists in Papua.

Skrzypski claimed he was convicted following presentation of possessions that weren’t his as evidence.

His lawyer, Latifah Anum Siregar, filed an appeal at the Wamena High Court in May. (*)