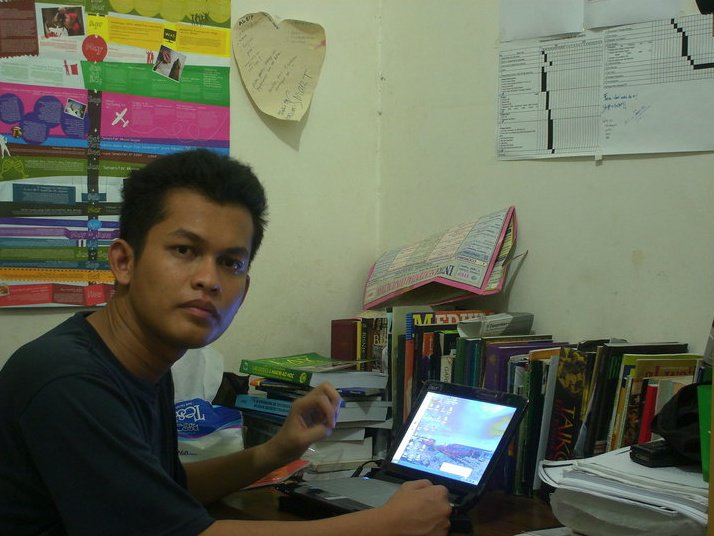 Jayapura, Jubi – The police’s decision to often not issue a permit for peaceful demonstrations in Papua and arrest protesters is evidence that the Government are biased against Papuan people, said the director of Jakarta Legal Aid Institute, Alghiffari Aqsa SH.

When asked by Jubi on Monday (30/5/2016) to response the legal status of series of peace demonstration on self-determination and support for ULMWP in Papua, he asserted as long as these aspirations were conducted peacefully, the Police and Indonesian Government must respect it.

He explained the Police’s refusal to issue STTP (letter of permit) was not common in other regions (in Indonesia) and was a discriminatory act.

According to him, it violated Article 13 Paragraph (1) of Law No. 9 1998 about the Freedom of Expression in the Public. It is also against the Indonesian Constitution of Article 28 E Paragraph (2) and (3) which states that everyone has the right to gather, express aspirations and opinions.

Further, in Human Rights Law Article 25 Paragraph 19 of the Law No. 12 Year 20015 that ratifying the International Covenant of Civil and Political Rights is also protect the right of freedom expression and gathering. He lamented that what was applied in other places just not worked in Papua. According to him, it could be an indication of denial over Papuans as the Indonesian citizens.

On Friday (27/5/2016), the Central West Papua National Committee (KNPB) accepted a letter from the Police state it would not issued the permit regarding to a notice of peace rally on 31 May. In the letter, the Police asked KNPB about the compliance of statute and structure of organization as requirement for demonstration.

Aqsa said this request is overreacted to ban the freedom of expression in Papua. At other regions, the Police never asked for it. “It’s only happened in Papua,” he said. He further explained that according to Article 17 of Indonesian Police Regulation No. 7 Year 2012 states the Police oblige to file the identity and statute of organization but it is not a requirement to obtain the permit. “It is an obligation for the Police to make documentation, but it is not the obligation of protesters. Furthermore the Article 17 said the statute of organization need to be file if “available”,” he said.

In the letter signed by Director of Intelligent and Security of Papua Police Alfred S.IK, it said that KNOB and ULMWP are illegal and against the Republic of Indonesia. In fact both ULMWP and Indonesia are the members of the Melanesian Spearhead Group (MSG) that means though they have a different status, but their existence is equally admitted in the official forum of the Southern Pacific.

In response this, Aqsa said the action taken by KNPB to give notification to the Police about their planning should be respected because the problem is not about the protesters. What is happening now is the protesters have followed the procedure in accordance to the Law No 9 Year 1998 but they were banned by the Police.

“The Police could say the rally was illegal, but it is occurred because of the intention of the Police,” he said. “In my opinion, the demonstration remains legal because the Constitution and Law 9/1999 is ultimate than the procedural obstacle by the Police,” he said. He also added that accordance to the Article 6 No 9/1998 the Police oblige to maintain the integrity and unity of the nation in expressing their aspiration, but it could not become a reference rejecting to issue the permit. “Expressing the aspiration was not happened yet, how come it could be charged by Law?” he said.

Closing his phone conversation, Alghiffari Aqsa said the Jakarta Legal Aid Institute as part of Papua Itu Kita (Papua is Us movement) give supports and respect towards the peace demonstration held by Papuan people. He expected it could be run peacefully and protesters to not being provoked by the Police and documenting their actions or arrest conducted by the Police and invite media to cover it so that the public could recognize about the arbitrariness if it was occurred.

Meanwhile, from this morning until noon, the Police have arrest dozens of KNPB activists when distributing the pamphlets about peace demonstration on 31 May. The Police arrested 25 activists in Sentani at around 09:00 in the morning and 26 activists in Jayapura at around 13:40. (*/rom)

Ombudsman: Victims’ Family Are Complaining on Interview by Many Parties