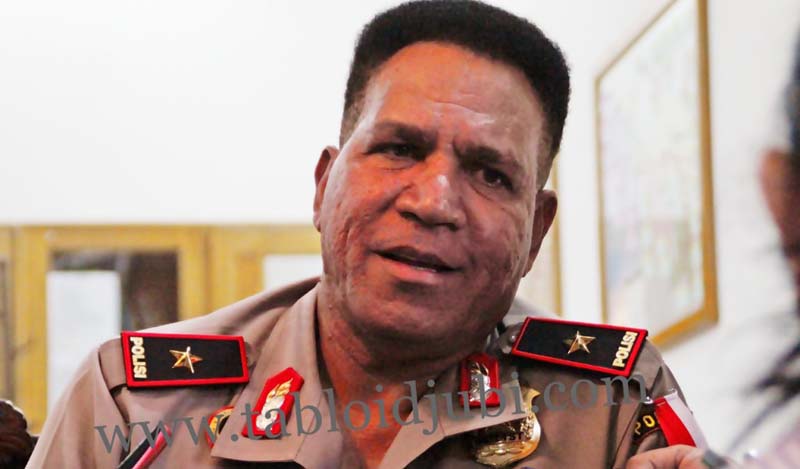 Waterpauw expressed regrets over the incident but said the officers’s action was in accordance procedure.
“It should have never happened, but it did happen. So it must be seriously tackled because its impact would be widespread,” he said.

“Three officers came to the scene after getting report from a resident whose the house was stolen and broke by a suspect allegedly friend of the victim. The officers were attacked while the patrol car was damaged. Three officers could be said being in hazard, so they opened an alert shot. But then they found out there are casualties, there’s people hit by bullet on the tight,” the Police Chief Waterpauw said at Papua Police Headquarters on Tuesday evening (30/9/2015).

According to him those officers didn’t act responsively but handled the situation carefully. They acted to not spreading the case. It’s according to procedure; giving an alert. “It had to be done if already disturbed the safety of life. If they did a violence effort, the casualties must be greater. They had to do prevention. If later there are casualties, I think it’s situational because it was night and dark,” he said.

Although he believe the officers were confronted and handled the situation properly, but to clarify this case, the Papua Police deployed a team led by Papua Deputy Police Chief Brigadier General Albert Rudolf Rodja to collect some information and conduct investigation whether the officers have acted properly on procedure base. “I express my condolence to the family. As the believer, I believe we never know the God’s plan. I cannot say too much. Only I apologize to what was happened. But actually they has tried to prevent this to be happened,” he said.

Three police officers who were on the scene are Brigadier Chief H, Brigadier Chief N and First Brigadier IP. Currently Provost has seized their guns for further investigation. Despites the investigation, Waterpauw said the Papua Police is currently prioritizing negotiation with victim’s family to burry the body immediately after the autopsy.